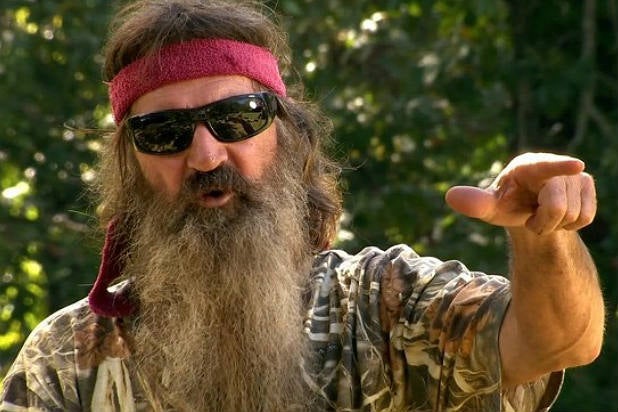 GLAAD responded to A&E’s decision to lift Phil Robertson’s “Duck Dynasty” suspension by calling for a meeting between Robertson, African-Americans and gays.

“Phil Robertson should look African American and gay people in the eyes and hear about the hurtful impact of praising Jim Crow laws and comparing gay people to terrorists,” the group said.

“If dialogue with Phil is not part of next steps then A+E has chosen profits over African American and gay people – especially its employees and viewers,” the group added.

A&E suspended Robertson from “Duck Dynasty” — cable’s top reality show — last week after a GQ interview in which he compared homosexuality to beastiality. He also grouped gay people with “drunks” and “terrorists” and said that African-Americans were perfectly happy before Civil Rights.

On Friday, A&E announced that it would reinstate Robertson without the “Duck Dynasty” patriarch missing a single episode. It also said it would run PSAs advocating tolerance.