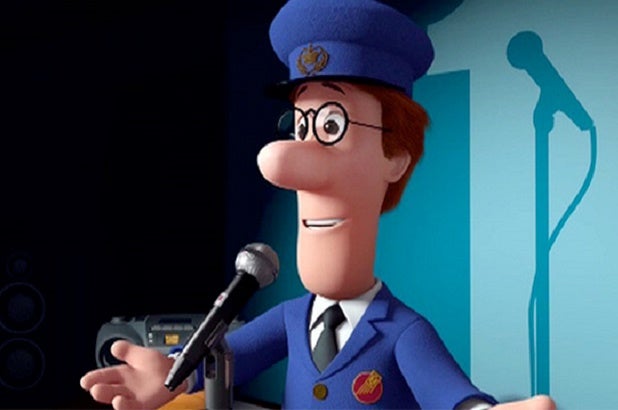 “Postman Pat: The Movie,” a 3D computer animated feature based on a beloved U.K. TV character, is heading for theaters in the U.S.

Shout! Factory has acquired domestic distribution rights to “Pat,” and plans a platform release which will begin with openings in New York and Los Angeles on June 27.

“Postman Pat” is aimed at pre-school children and began airing in the United Kingdom on the BBC in 1981. It follows the adventures of the friendly country postman and his black-and-white cat Jess as he delivers through the valley of Greendale, frequently helping villagers resolve their problems. The latest iteration is “Postman Pat: Special Delivery Service,” which airs on the U.K.’s CBeebies, and in more than 85 foreign countries.

The movie is from Classic Media and RGH Entertainment, the animation development and production division of Rubicon Group Holdings. It finds Pat center stage as a contestant in a national TV talent show competition.

Mike Disa (“Hoodwinked Too!”) directs, from a screenplay co-written by Kim Fuller, Nicole Dubuc and Annika Bluhm, head writer and producer of the TV show.

“I’m absolutely thrilled to be playing the world’s best-known postman in his big screen debut – he’s an iconic British hero and it’s a great script,” said Mangan. “However when I excitedly told my 3-year-old son that I was going to be Postman Pat, he said, ‘No you’re not, dad, don’t be silly.'”

“Postman Pat” will be the first wide theatrical release for Shout! Factory, which was founded by Rhino Records principles Richard Foos, Bob Emmer, and Garson Foos. The company has previously focused on DVDs and Blu-ray releases.

It was released in the U.K. by Lionsgate in late May and has taken in $4.6 million.