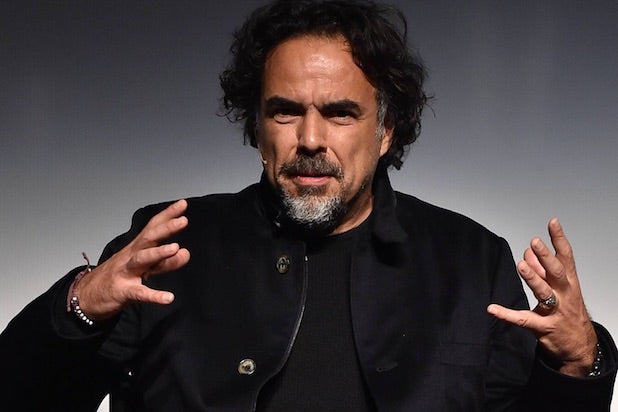 Complaints directed at the Oscar nominations and the makeup of the Academy of Motion Picture Arts and Sciences don’t address the real problems that need correcting in Hollywood, the producers of “The Revenant,” “Sicario” and “Straight Outta Compton” said on Saturday morning on a panel at the Producers Guild of America’s nominees breakfast.

“One of the things that makes this country so powerful is the mixed pot that is the soul of this country,” said “The Revenant” producer-director Alejandro G. Inarritu, one of 10 producers who discussed their films on the stage of the Montalban in Hollywood. “And if that is not transmitted on the screen, something is wrong.

Basil Iwanyk, the producer of “Sicario,” agreed with Inarritu that the #OscarsSoWhite anger directed at the Academy for its second consecutive year of all-white acting nominees is merely pointing out a symptom of the real problem of diversity in Hollywood, which is that not enough films depicting the minority experience are developed and made.

“As Alejandro said, the Academy does exist at the end of the chain,” said Iwanyk. “That’s the flash point of the discussion now, but it’s a big mistake to focus on how the Academy votes instead of focusing on how movies and television are generated.”

As a white man, Iwanyk added, “I understand the rage at the Academy. But that’s not the problem. The problem comes much earlier in the process.”

In fact, the Mexican-born Inarritu was the only non-white producer on the panel; African-American director-producer F. Gary Gray was supposed to represent “Straight Outta Compton” at the event, but he was snowed in on the East Coast.

In his place was “Compton” producer Scott Bernstein, who agreed, “The discussion should very much be about the beginning of the chain. But movies should not be exclusive, they should be inclusive — and if is what has to happen for stories [of minorities] to be told, this is a good conversation to have.”

His movie is central to the controversy since it was among the 10 nominees for the PGA Award but failed to make the cut for a Best Picture nomination with the Oscars.

“The Big Short” producer Dede Gardner, who won an Oscar for “12 Years a Slave” two years ago, concluded the discussion by telling the producers in the audience, “It’s on us. It starts with us.”

Producing “12 Years a Slave,” she said, required doing extensive work on the project before the filmmakers even went to financiers. “We had to make that movie undeniable before we could even try to get it financed.”