NBC introduces its new take on a classic series next week with the premiere of “Quantum Leap.”

The upcoming series isn’t so much a reboot as it is a continuation of the story that the previous iteration told, showrunner Martin Gero said during Thursday’s Television Critics Association panel. In fact, Gero admitted that the creative team knew they’d be setting the show up for failure if they tried to recast the iconic time traveler Dr. Sam Beckett and his hologram sidekick, Al.

“It really made sense for this to be a continuation of the story with a brand new set of characters — one that could honor the old show, but have a really low bar for entry for new viewers,” he said.

The new “Quantum Leap” is set in the present, nearly 30 years after the original 1985 installment. Per the network, “a new team has been assembled to restart the project [Sam Beckett was involved in] in the hopes of understanding the mysteries behind the [Quantum Leap accelerator] and the man who created it.”

Below, TheWrap compiled a few of the biggest clues about what’s ahead when the show premieres Sept. 19. 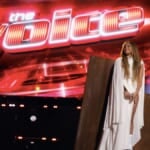 The new series will have the heart of the original, and so will its new main character Dr. Ben Song

We can thank Deborah Pratt, a co-executive producer of the original “Quantum Leap,” for helping maintain the heart of the story in this new series, Gero told reporters.

“She really says that the four tenets of ‘Quantum Leap’ are hope, heart, humor and history. Ben [played by Raymond Lee] really inhabits the first three of those. He’s an incredibly hopeful character. He has a tremendous heart. The show is about empathy at its core, and he has a ton of that to give.”

And, of course, we can’t forget about the humor, which Gero said was “a big part” of the original series that his team wanted to bring to this new iteration.

It felt a bit like walking a tightrope, but the new series manages to pay homage to its predecessor without making it impossible to understand if you weren’t watching (or even born) the first time around.

“There’s an enormous amount of people that are vaguely familiar with the title and are just going to check the show out,” Gero said. “We didn’t want to weigh the show down with a lot of mythology immediately that would make it feel like I need to watch 90 plus episodes of ‘Quantum Leap’ before I can start this.”

Instead, audiences can expect to “start fresh” and then, over the course of the season, get introduced to the mythology. Later episodes will contain plenty of Easter eggs for OG fans, too.

“It will feel like a different view on past events for our old fans,” Gero added.

The most exciting part about a series where the main character can jump into other peoples’ bodies? The show isn’t constrained to one genre. 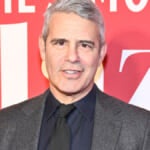