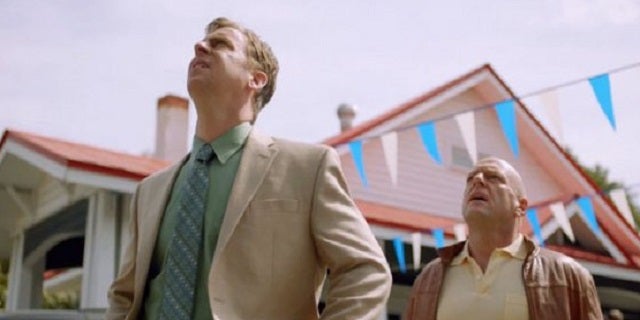 CBS's adaptation of Stephen King's "Under the Dome" raised the roof with its premiere on Monday night, drawing an impressive 3.3 rating in the advertiser-coveted 18-49 demographic and 13.5 million total viewers. But NBC scored an overall ratings win for the night with Game 6 of the Stanley Cup finals, according to preliminary numbers.

The "Under the Dome" ratings represent a big payoff for CBS, which gambled by unveiling a big-event miniseries in the summer months and by departing from its familiar mix of procedurals, sitcoms, and reality shows.

Despite the strong showing for the "Under the Dome," NBC grabbed an overall win for the night in the key demo with Game 6 of the Stanley Cup Finals. While the numbers for NBC are approximate due to the nature of live sports, it currently holds first place in the 18-49 demo with an average 3.1/9 for the night. NBC currently holds second place in total viewers with 7,9  million. Prior to the game, which tied "Under the Dome" for first in the demo with a 3.3/9 and drew 8.3 million total viewers, the network aired its pregame show, which had a 2.1/7 with 5.9 million total viewers.

CBS, which aired repeats running up to the 10 p.m. "Under the Dome" premiere, was second in the demo with a 2.1/6 and first in total viewers with  8.2 million. It was CBS's most-watched summer premiere since "Big Brother" earned 22.3 million in July 2000.

Univision came in fourth in ratings and total viewers with a 1.4/4 and 3.6 million.

Telemundo took fifth in ratings and sixth in total viewers with a 0.7/2 and 1.6 million.