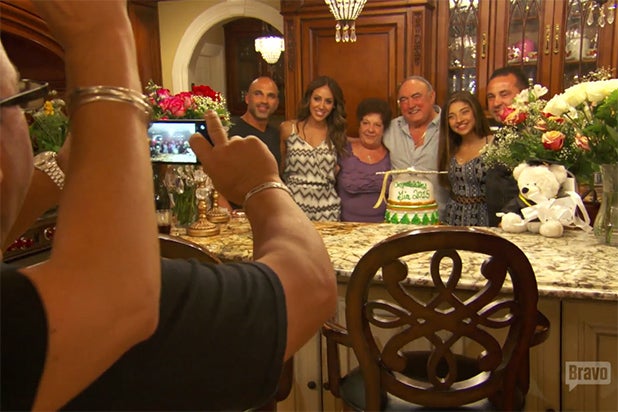 Bravo will air a three-part special about “Real Housewives of New Jersey” star Teresa Giudice’s family during her time in prison, the network announced on Monday.

“The Real Housewives of New Jersey Teresa Checks In” is a chronicle of Giudice’s husband Joe and their four daughters and extended family during Giudice’s sentence earlier this year. It will begin airing on Bravo Oct. 11.

The series promises that “The Real Housewives” star will remain a “major presence” in the special via phone calls and frequent visits to the prison where she was being held.

The reality star, who was convicted with her husband of mail, wire and bankruptcy fraud in a New Jersey federal court on Oct. 2, was set to serve a 15-month prison sentence beginning in January, but was released early the following month.

Hit: Showbiz Moms & Dads (2004)  Though it only aired for one season, it spawned two spinoffs for the network and inspired copycats like "Toddlers and Tiaras."
View In Gallery
FEATURED VIDEO (SPONSORED)
x
Looks like you're enjoying reading