Ronnie Spector, the rock icon who led the girl group The Ronnettes before embarking on a decades-long solo career and broke barriers by going public about the abuse she endured while married to producer Phil Spector, died Wednesday following a recent cancer diagnosis. She was 78.

“Our beloved earth angel, Ronnie, peacefully left this world today after a brief battle with cancer. She was with family and in the arms of her husband, Jonathan. Ronnie lived her life with a twinkle in her eye, a spunky attitude, a wicked sense of humor and a smile on her face. She was filled with love and gratitude. Her joyful sound, playful nature and magical presence will live on in all who knew, heard or saw her. In lieu of flowers, Ronnie requested that donations be made to your local women’s shelter or to the American Indian College Fund. A celebration of Ronnie’s life and music will be announced in the future. The family respectfully asks for privacy at this time,” her family said in a statement on Spector’s website.

Spector was born Veronica Yvette Bennet in 1943 in Spanish Harlem, daughter of an African-American mother and Irish American father. As a teenager in the late 1950s she formed the band that would eventually be known as The Ronettes with her sister, Estelle and their cousin Nedra Talley. First known by the name The Darling Sisters, they eventually changed their name to The Ronettes after signing with Phillies Records, the label owned by Phil Spector, in 1963. 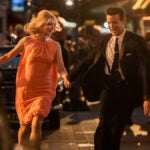 Also Read:
How ‘Last Night in Soho’ Conjured the 1960s

This kicked off a string of hits in 1963 and 1964, beginning with “Be My Baby,” a song written by Phil Spector, Jeff Barry and Ellie Greenwich that exemplified Spector’s “wall of sound” production techniques. It was followed by several other songs co-written and produced by Phil Spector, including “Baby, I Love You,” “(The Best Part of) Breakin’ Up,” “Do I Love You?” and “Waling in the Rain.”

The Ronettes toured England in early 1964 where they befriended The Beatles, as well as The Rolling Stones (who also opened for them during their tour). This led to a huge opportunity a year later, when The Ronettes were asked to open for The Beatles’ 1965 U.S. tour.

Unfortunately, by this time Ronnie was dating Phil Spector and, as she would later explain in her 1991 memoir, “Be My Baby,” suffering from his legendarily psychotic abuse. Phil Spector forbade her from touring with The Beatles and as a result she was replaced during those dates by one of her other cousins.

After two years of diminishing success — in part due to Phil Spector’s erratic behavior and dishonest dealings with them — the Ronettes broke up in 1967. The next year, Ronnie married Phil Spector, after which his abuse only got worse. In “Be My Baby,” Ronnie revealed that after marrying Spector she was essentially imprisoned in his California mansion and experienced constant psychological torture, including death threats.

She left him in 1972, fleeing his house barefoot, saying in “Be My Baby” that “I knew that if I didn’t leave I was going to die there.” In their divorce, she forfeited all future royalties from her hit songs; she said she did so because Phil Spector threatened to have her murdered otherwise. She and the other Ronettes sued Spector over unpaid royalties and other damages in 1988; a decade later Spector was ordered to pay more than a million dollars.

Unfortunately, that ruling was struck down by a New York appeals court in 2002 on the grounds that The Ronettes were bound by their original 1963 contract and had received the money owed to them under that contract. However, the court did rule that the divorce agreement in which Ronnie signed away her royalties was invalid, and Phil Spector was ordered to pay her. 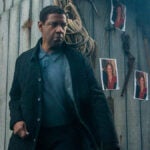 Also Read:
Denzel Washington to Return for ‘The Equalizer 3,’ Antoine Fuqua in Talks to Direct

She continued being known professionally as Ronnie Spector after her divorce, but when she married her manager, Jonathan Greenfield, she took his last name in 1982.

Ronnie Spector released her debut solo album, “Siren,” in 1980, to little attention. But she experienced a professional comeback thanks to her appearance on Eddie Money’s 1986 hit song “Take Me Home Tonight,” which revived her touring and recording career. She ultimately released four solo albums, the most recent being 2016’s “English Heart.”