A year after being named the top reality competition program at the 2018 Emmys, “RuPaul’s Drag Race” returns to the race this year in a somewhat strange position for a show with such an outsider sensibility — as the one to beat.

It was not so long ago that “Drag Race” was regularly snubbed by the TV Academy despite the undying love of a small but fervent fanbase. But in 2019, the show is bigger, and more mainstream, than ever.

Its 2017 jump from the niche Logo to broader sister network VH1 came with an explosion in the ratings. Strong word of mouth among the younger-skewing audience has made “Drag Race” one of the buzziest TV shows on social media. And host RuPaul Charles, who once famously predicted the show would never be taken seriously enough to receive awards attention, has been named best reality competition show host at the Emmys three years running.

“It’s incredibly humbling,” said Tom Campbell, head of development for World of Wonder, the production company behind “Drag Race” and its many offshoots. “It’s incredibly gratifying. We’ve been making this show for 12 seasons … and the basic philosophy, the basic approach has really been the same since day one.” 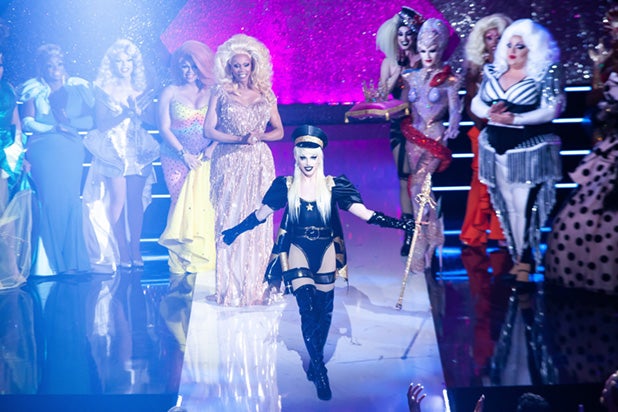 That little-seen first season, Campbell notes, was filmed back when president George W. Bush was still in office, back before same-sex marriage was the law of the land, and when LGBTQ visibility on television was quite a bit different than it is now. It featured one of the queens, fan-favorite Ongina, revealing her HIV-positive status on the main stage in a moment that at the time felt radical and groundbreaking.

“The very first episode was called ‘Drag on a Dime,'” Campbell recalled. “They had a challenge where they had to make outfits out of items from the 99 cent store. We were so incredibly scared that they couldn’t do it or that they wouldn’t be good. And they blew us away … There’s something about the high camp and the makeup and the over-the-top clothes mixed with these really very human stories that makes it so compelling.”

So while the central philosophy of “Drag Race” has stayed the same over the last decade, the world around it has shifted quite a bit, perhaps coming to meet the show a bit more on its own terms. But as history can attest, that doesn’t mean the pendulum can’t or won’t swing back.

The most successful years of “Drag Race” thus far, through coincidence or consequence, have come in the era of Trump, inadvertently turning the show — a showcase for LGBTQ talent and unapologetic send-up of patriarchal society — into an act of resistance, a representation of “a different kind of America, a more patriotic America,” Campbell said.

“It’s a place where identity and self-expression and love are appreciated, and so it’s almost become part of the resistance without even trying to be,” he said. “We’ve been doing the same show the whole time, but I think it’s filling a gap. People want to be entertained and want to be moved.” 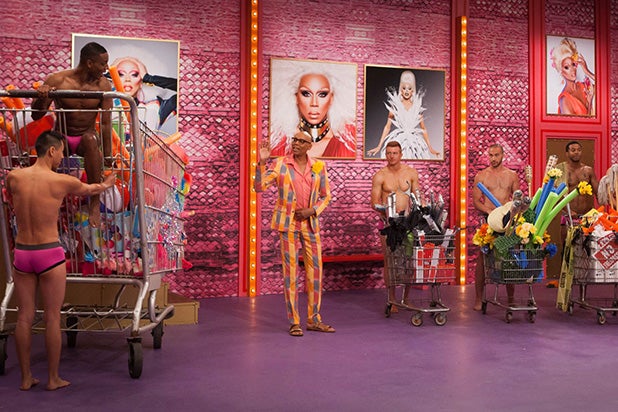 In a 2016 interview with New York Magazine, published just months before RuPaul would go on to win his first Emmy, the host called drag “the antithesis of mainstream.” The entire art form, he said, is “completely opposed to fitting in.”

Fast forward three years to this June, when the same magazine ran a story titled “What’s Lost When a Subculture Goes Pop?” suggesting that “Drag Race,” the franchise, had in fact gone mainstream and that drag, the art form, might eventually have to leave it behind.

And there’s no denying that “Drag Race” has seen wider cultural acceptance than ever before. In those three intervening years, “Drag Race” and its many spinoffs — which now include the fan-favorite “All-Stars” showdown and the behind-the-scenes gabfest “Untucked,” as well as a number of international editions — have collected a total of nine Emmys with the potential to add 11 more next month. Alums of the show have gone on to successful careers outside of “Drag Race,” signing major brand deals or releasing their own music. 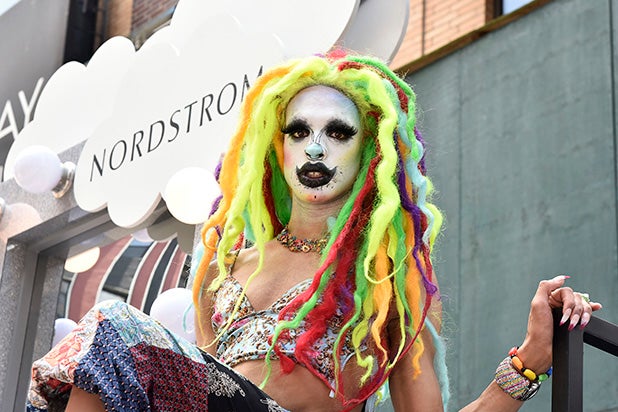 “I think there’s always a difference between what you can do in the club and what you can do on TV, but I think the very act of challenging a patriarchal society is still taboo in a lot of places,” Campbell said, noting the still-precarious state of LGBTQ rights in many parts of this country and around the world. “It’s wonderful to feel like there’s people out there who can see that they’re not alone.”

“Because whether you dress in drag or not right, ‘Drag Race’ is the queer sensibility,” he said. “You’re in on the joke and you’re not alone.”

So for now, it’s the more the merrier. Last week, VH1 announced that it had picked up a 12th season of the flagship “RuPaul’s Drag Race” and a fifth outing of “All-Stars” — renewals that may have seemed like a foregone conclusion but that Campbell and the World of Wonder team don’t take lightly.

“Every day, every episode that airs, every year that we get picked up, we’re incredibly again humbled and grateful,” Campbell said. “Because I don’t think the battle has been won.”

“We’ve taken the ball down the field a really far way, and at some point someone’s going to come along and take the ball and go in a different direction,” he continued. “But right now, you know, we’re loving what we’re doing. It feels like we still have stuff to say, and we’re still excited to show up for work. And as long as that’s the case, then why stop?” 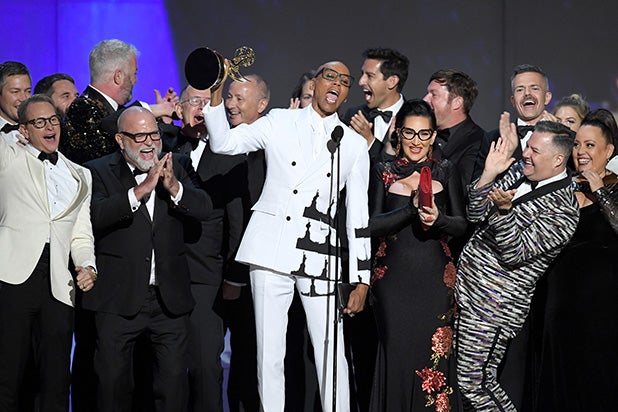