The late Rush Limbaugh’s slot at Premiere Networks has been filled by Clay Travis and Buck Sexton, the company announced Thursday. “The Clay Travis & Buck Sexton Show” launches June 21 and will also be available on the iHeartRadio Podcast Network platform.

After the Wall Street Journal reported that the duo would take over the three-hour noon E.T. show across hundreds of stations, Travis and Sexton also confirmed it on Twitter.

“Can’t wait to get rolling!” Travis, a conservative commentator and sports journalist, quipped after one reader said he is “every bit as awful” as Limbaugh, who died of lung cancer in February. 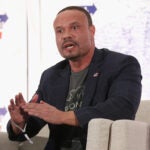 “Needless to say, I could not be more excited, @ClayTravis and I are going to do a great show together. Get ready for it, America,” Sexton, an author who already has a Premiere Networks program of his own, declared.

In a statement, Travis said, “While no one will ever replace Rush Limbaugh, Buck and I are excited to continue advancing the causes he held dear, most importantly American exceptionalism, a fervent embrace of capitalism, and a belief in a robust marketplace of ideas. At a time of rabid cancel culture and toxic identity politics, we will be the voice for many who feel scared to say what they think for fear of the censorious online mob. We can’t wait to get started.”

Premiere Networks president Julie Talbott offered her own statement: “We couldn’t be happier to have Clay and Buck – two incredibly talented personalities from our Premiere family – at the helm of this new program. Rush Limbaugh is irreplaceable, but we’re confident they will continue his legacy by delivering their own brand of intelligent, informed and entertaining talk radio, while providing our partners with a powerful platform to connect with their consumers.”

The noon E.T. slot made famous by Limbaugh was taken up by Fox News’ Dan Bongino at Westwood One in March.