After transforming into Tommy Lee earlier this year, Sebastian Stan is reinventing himself once again for his next role. This time, Stan is a completely unrecognizable character, covered in prosthetics for A24’s upcoming indie thriller “A Different Man,” and the actor released a wow-worthy first-look photo on his Instagram account Wednesday.

Fans were stunned to see the photo of Stan, made-up as his character, Edward, a man with neurofibromatosis who undergoes facial reconstructive surgery, who then becomes fixated on a man who stars as him in a stage production based on his life prior to his surgery.

Stan will star alongside “The Worst Person in the World” breakout Renate Reinsve, as well as “Under the Skin’s” Adam Pearson. A24’s production, “A Different Man” was written and directed by Aaron Schimberg (“Chained for Life”). Although this is the first official look at the upcoming indie, there have been paparazzi photos revealing glimpses of Stan’s transformation. As an executive producer on the project, Stan was the first to release the first official look at his prosthetics transformation. 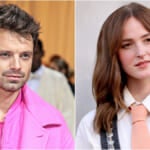 Also Read:
Sebastian Stan and ‘Worst Person in the World’ Breakout Renate Reinsve to Star in ‘A Different Man’ for A24

Stan credited the transformation to the production’s make-up artist, Mike Marino. Acclaimed make-up artist, Marino, has also recently lent his talents to “The Batman,” transforming Colin Farrell into the Penguin, as well as “Black Swan,” “The Irishman” and “Joker,” among many other productions.

Stan continues to pursue indie films, and “A Different Man” will follow the release of the Sundance hit “Fresh” and the upcoming A24 comedy-thriller “Sharper,” in which Stan will star alongside Julianne Moore and John Lithgow. In between the release of “Fresh” and “A Different Man,” Stan starred in Hulu’s limited series “Pam and Tommy,” earning his first Emmy nomination for his portrayal of Tommy Lee. 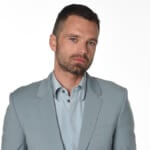