Sharon Osbourne says her daughter Aimee was in a Hollywood recording studio fire that killed another person.

“Today my daughter @aro_officialmusic was working in a recording studio at this building with her producer. They are the lucky two that made it out alive. It is utterly heartbreaking that someone lost their life today in this fire & we are sending our prayers to this person & their family. What happened today was beyond horrific,” Sharon wrote.

According to KCAL and KCBS, the two survivors were treated for smoke inhalation at the scene, but were not hospitalized. 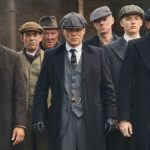 The blaze was reported at 5:42 p.m. PT at the two-story building on the 6600 block of West Lexington Avenue in Hollywood. When searching the building, Los Angeles Fire Department crews found one person dead inside.

“The studios had sound deadening: so that’s thick walls, extra insulation, double dry wall and thick windows that held in all of the heat and smoke, making this a very hot and intense firefight,” LAFD Capt. Erik Scott told CBS. “Our firefighters took a beating, but they were relentless and extinguished the flames.”

Although LAFD is still investigating the case of the fire, firefighters also discovered a suspected marijuana grow on the building’s second floor.

The building likely dates back to the 1920s, the fire department said, and might be exempt from sprinkler regulations. 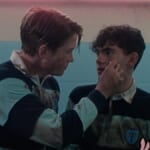 Also Read:
‘Heartstopper’ Cast and Character Guide: Who Plays Who in the Netflix Show? (Photos)

“I really hope moving forward that buildings like this are better regulated for fire safety,” Osbourne also wrote in her post. “This building was a creative hub for music in Hollywood, a space that should have been regulated for fire code. Producers, musicians, mixers & artists also lost all of their equipment. Once again, our prayers go out to the family and friends of the person that lost their life to this senseless fire.”