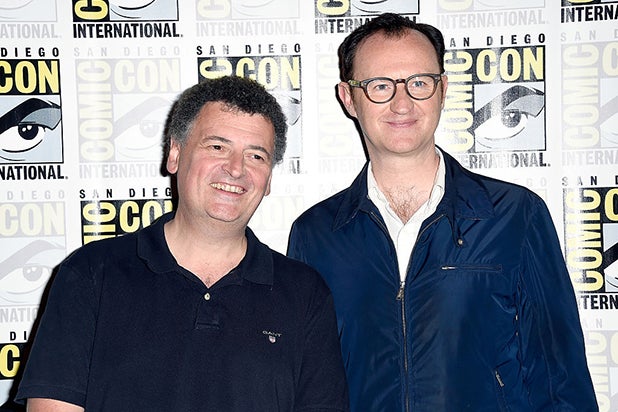 The BBC is in talks to give “Dracula” the “Sherlock” magic touch with a new adaptation of the classic vampire story, a source close to the network told TheWrap.

Mark Gatiss and Steven Moffat, who both created and worked on “Sherlock,” will be writing the series, along with Sue Vertue’s Hartswood Films, which will produce.

Gatiss and Moffat both wrote the scripts for the “Sherlock” series, which starred Benedict Cumberbatch and Martin Freeman as Holmes and Watson. The show was placed in modern times, with the duo solving crimes inspired by the classic tales written by Sir Arthur Conan Doyle.

Also Read: How New 'Doctor Who' Showrunner Can Fix the Show (Commentary)

Gatiss is also an actor and played Mycroft Holmes, Sherlock’s brother, on the series. He also serves as an executive producer.

Moffat, on the other hand, has been the “Doctor Who” showrunner since 2009, when he took over from Russell T Davies. He’s been responsible for the Eleventh and Twelfth Doctors (Matt Smith and Peter Capaldi respectively). He recently stepped down, making way for Chris Chibnall, who created “Broadchurch,” to take over.

Gatiss and Moffat worked together on “Doctor Who,” with Gatiss writing a number of episodes during the Moffat era.

It’s not yet clear whether the “Dracula” series will follow the BBC’s recent trend of adapting classic literature into the modern day, such as with “Sherlock” and 2007’s “Jekyll,” which was also written by Moffat.

The “Dracula” story by Bram Stoker is easily adaptable and has been countless times. The basic narrative follows a vampire that moves to London to feed on new blood, and torments a family in the process.