Through to its recent series finale, Siddhartha Khosla has been the resident composer of the NBC’s hit weepie “This is Us” for the last six seasons. But even he could have never guessed that his work would take him from one show starring a pop idol (Mandy Moore) to another (Selena Gomez in “Only Murders in the Building”), or that he’d have a small hand in both Moore and Gomez demolishing their once squeaky-clean images to create more dramatic small-screen characters that audiences grew to love.

Now, his theme song work on both projects has earned him three Emmy nominations this year. (More on that in a bit.)

“Dan Fogelman, who created ‘This is Us’ [and produces ‘Only Murders in the Building’], is a really good friend of mine from college”, says Khosla, “and he sent me the ‘Only Murders’ pilot episode written by John Hoffman and Steve Martin, and I was absolutely blown away. I wrote an email with the subject line ‘Only Murders…’ with the body of the email saying ‘…is magic.’ I’d been sort of toying around modern, classical instrumental recordings just for myself, and I played some of these ideas for John. And he was, like, ‘This is the tone of my show, you’re already in that wheelhouse’. Then I got the job.”

When “Only Murders” debuted on Hulu late last summer, rapt fans talked about the score as much as they did the sterling chemistry of Gomez, Martin and Martin Short, the mismatched trio of sleuthers residing at the Arconia, the old Manhattan apartment building where they uncover a murder.

Each of them, Khosla says, has their own distinct musical disposition. 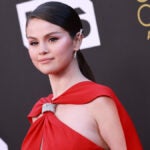 “Selena’s Mabel definitely has a modern sound, a little more atmospheric, a little darker. Charles [played by Steve Martin] has a very regal sound to him, and Marty Short’s Oliver, has a sort of flamboyance to him, consistent with his role as a New York theater director. So with him there’s a little bit of a jazzy, more playful element.”

Khosla is nominated for the main title theme, and also for his work in the Season 1 episode “The Boy from 6B,” which abandoned all dialogue for its ASL-driven story of a father and Deaf son (Nathan Lane and James Caverly). Told only with sound effects and potent doses of Khosla’s hushed orchestrations, the action was made to feel like a silent film might. 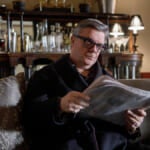 Also Read:
Nathan Lane’s ‘Only Murders in the Building’ Emmy Nom Could Be His Lucky Number 7

“Some of the early conversations involved the episode being entirely silent,” Khosla recalls. “But as we started editing the episode, it became clear the music would play a very integral role in helping tell the story. I think in terms of melody a lot, I’m a singer-songwriter even before I was a composer, so a lot of my compositions have always been driven by the melody. And so, on an episode like this with no dialogue, the lead cello line or melody ended up kind of being your dialogue. It was just incredibly rewarding to be part of, with all the incredible sound design by our team in there.”

As far as the final season of “This is Us,” the long-running NBC series didn’t get much love from the Television Academy this year, but Khosla’s original song for Rebecca Pearson (Moore), titled “The Forever Now” (written with Moore’s real-life husband Taylor Goldsmith), did make the Emmy cut.

“You always record two versions of a song, the one that charts and then the version we used for the episode,” which Khosla indicates is a variation on the show’s end-credits theme and was sung live by Moore as the aged version of Rebecca at her daughter Kate’s (Chrissy Metz) wedding. The scene and song fully incorporated Rebecca’s Alzheimer’s and subsequent state of mind.

“That was the thing Mandy and I talked about, to look like she’s at some point fumbling, but then saying, ‘I’m gonna find the song and then I’m gonna nail it,'” says Khosla, noting they were inspired by Alzheimer’s-stricken Tony Bennett’s recent concert triumphs with Lady Gaga despite his condition in advanced age.

“All of the reactions you see in that scene are all real, it’s just a testament to how good an actor Mandy is. She actually lowered her voice to play Rebecca throughout the series. We were all disappointed for her [not getting nominated] and felt like she deserved that love. But at the end of the day, the role that she played is iconic. And nothing can take that legacy away.”