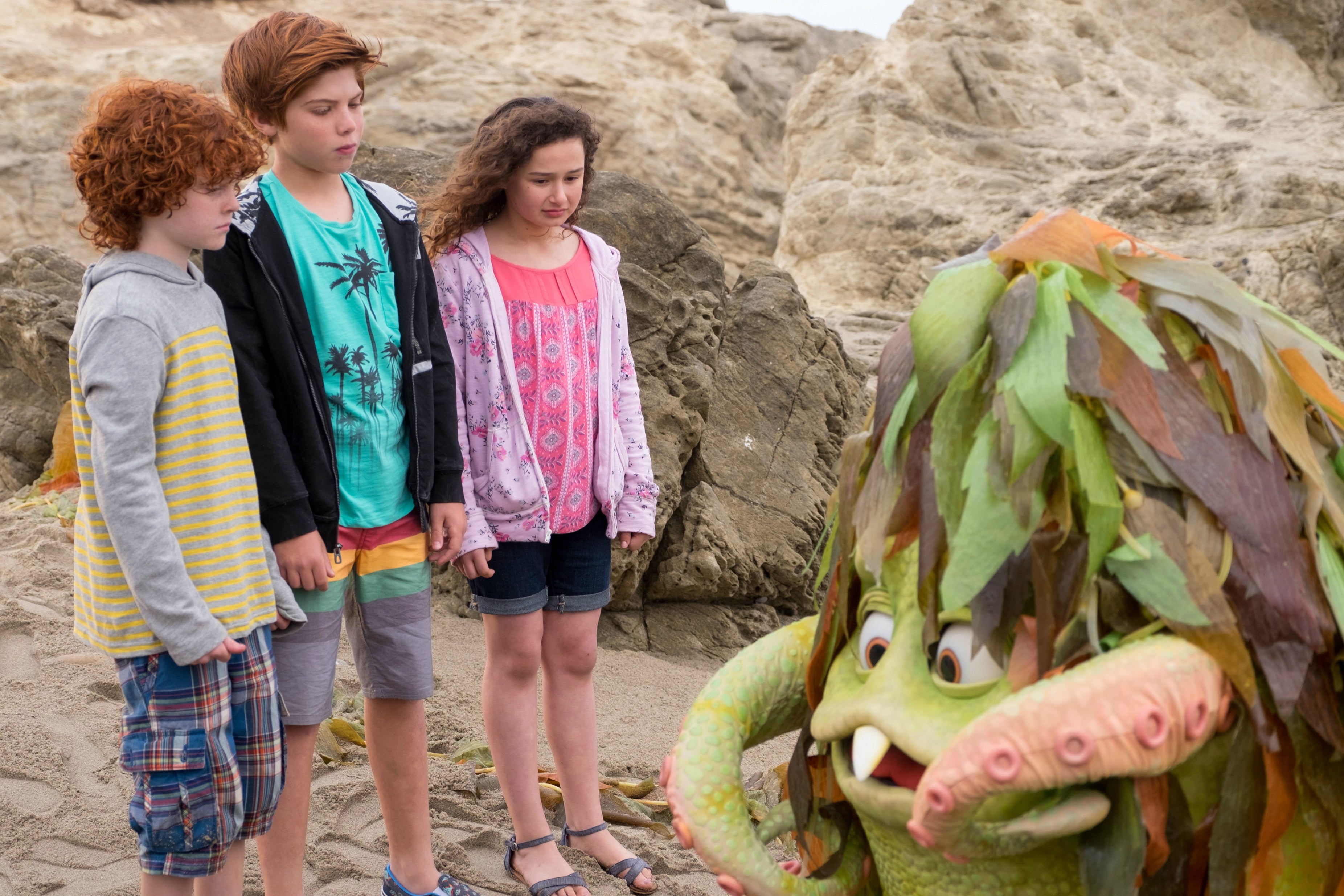 Amazon Kids’ “Sigmund and the Sea Monsters” and “If You Give a Mouse a Cookie” now have specific start dates, and TheWrap exclusively has that information.

The “Sigmund” character from the ’70s will wash up on October 13, while the adaptation of the beloved books “If You Give a Mouse” follows on Nov. 7. Preempting those two debuts is the new season premiere for “Wishenpoof” on Sept. 26, we’re told. Additionally, Season 2 of Amazon’s “The Stinky & Dirty Show” is slated for a fall start, though it doesn’t yet have a calendar day assigned.

Each series will premiere first on Prime Video in the U.S. and U.K., and will be available worldwide at a later date.

“We’re honored to reintroduce ‘If You Give a Mouse a Cookie’ and Sigmund’s iconic character to a new generation of kids and families,” said Tara Sorensen, head of Kids Programming at Amazon Studios. “Our fall slate will bring customers more engaging and heartwarming stories to enjoy with their families.”

“Our mission with Amazon Kids programming is to help create a generation of lifelong creative learners, prepared to meet the challenges of tomorrow,” Sorensen further told TheWrap. “Each of the shows in the upcoming fall slate focus on engaging storytelling with characters who are resourceful, resilient, imaginative, creative, curious, and playful.”

Below are the two new and two returning series’ official descriptions, all in Amazon’s own words.

“Wishenpoof”
“Wishenpoof” centers on Bianca (Addison Holley), a fairy who can grant wishes using Wish Magic. The series highlights her thought process as she thinks, decides and solves problems in her own creative way. Each episode features a new song by Bianca for viewers to sing along with and imaginative stories to follow. Created by Angela C. Santomero and produced by Out of the Blue Enterprises, the show features guest voice talent Jason Priestly as Bianca’s dad. The series’ learning approach is based on Ellen Galinsky’s “Seven Essential Life Skills” framework that focuses on skills to help children reach their full potential by having empathy for others, tackling challenges, communicating effectively, thinking critically, and to never stop learning.

“Sigmund and the Sea Monsters”
Sid & Marty Krofft’s Sigmund and the Sea Monsters follows two beachcombing brothers, Johnny (Solomon Stewart) and Scotty (Kyle Breitkopf), who find Sigmund — a real live sea monster. The two brothers befriend the harmless and funny Sigmund and hide him in their clubhouse. However, keeping him a secret may be nearly impossible since the town’s overzealous Captain Barnabas (David Arquette) is obsessed with proving that sea monsters are real. With the help of their cousin Robyn (Rebecca Bloom), this team of friends makes it their mission to protect their new friend and have a great and memorable summer. Based on the nostalgic 1970s live-action series, “Sigmund and the Sea Monsters” is directed by Ron Oliver and is executive produced by Sid and Marty Krofft. The series will also feature a cover of the original theme song, “Friends” by The Roots.

“If You Give a Mouse a Cookie”
When you give a mouse a cookie, he’ll probably ask for a glass of milk, and then… who knows what he’ll ask for next? Based on the beloved books by Laura Numeroff and Felicia Bond and executive produced by Numeroff, Bond and Emmy Award-winning writer Ken Scarborough, who also serves as head writer, “If You Give a Mouse a Cookie” follows the adventures of Mouse, Oliver, Moose, Pig, Cat, and Dog, as they discover that when you’ve got a curious Mouse for a friend one thing always leads to another, then another, and then another! The show’s learning approach was developed in consultation with authors Mimi Ito and John Seely Brown and revolves around a cause and effect narrative structure that sparks imagination and the creativity engendered by knowing that possibilities are endless. “If You Give a Mouse a Cookie” will feature new recordings by Grammy nominated recording artist Lisa Loeb.

“The Stinky & Dirty Show”
Based on the “I Stink!” book series by Kate and Jim McMullan, “The Stinky & Dirty Show” follows the adventures and mishaps faced by best friends and unlikely heroes, Stinky the garbage truck and Dirty, the backhoe loader. They are a dynamic and hilarious duo of resourcefulness that learn when things don’t go as expected, asking “what if” can lead to success. The series is written and developed by Guy Toubes, executive produced by Toubes and Holly Huckins, and animated by Brown Bag Films, Ltd. This season will once again feature original music from acclaimed folk singer and songwriter Dan Bern and celebrity voice talent, including Whoopi Goldberg, Mark Hamill, Jane Lynch, Andy Richter, Joan Cusack and Wallace Shawn. The series’ learning approach is based on Jessica Lahey’s New York Times best-seller “The Gift of Failure: How the Best Parents Learn to Let Go So Their Children Can Succeed,” specifically modeling resourcefulness, resilience, teamwork, and the benefits of failure.

Here Are the World's 10 Richest People, From Jeff Bezos to Charles Koch

The Amazon founder just recently passed Bill Gates. See who else is on the list

Amazon founder and CEO Jeff Bezos shook up the rankings of the world's wealthiest on Thursday, narrowly surpassing Microsoft co-founder Bill Gates. Scroll through to for a countdown listing Forbes' top list of billionaires.