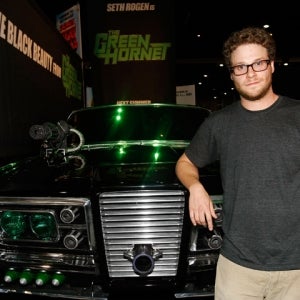 Seth Rogen’s feature adaptation of "The Green Hornet" is getting the "Avatar" treatment. The Sony tentpole picture will be released in 3D, the studio announced on Thursday.

The decision to release the big budget film in 3D has forced Sony to push back "Hornet"s’ release date from December 22, 2010 to January 14, 2011, which is Martin Luther King Weekend. Moving the film does displace another Sony release, the horror film "Priest," which will move back to March 4, 2011 to accomodate "Hornet."

Unlike the recent and much maligned "Clash of the Titans," Sony says that the movie will not be a conversion. Instead it says that it can retrofit the movie in 3D more easily, because although shooting has finished, editing hasn’t commenced and special effects still need to be added.

The movie’s director Michel Gondry is purportedly excited about the move to outfit the film in 3D.