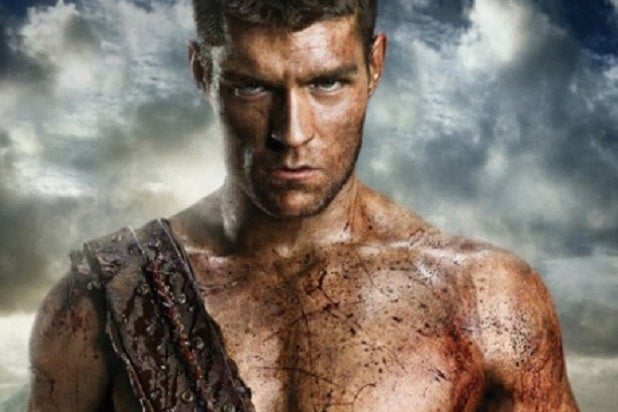 Starz’ canceled “Spartacus” will fight again: Syfy will replay the original 39 episodes of the gladiator drama.

The series, which ran for three seasons on Starz, ended in 2013.The three seasons and a six-part prequel will begin airing on Syfy on Thursday, June 26. It joins such acquisitions as “Lost Girl,” “Bitten,” “Continuum” and the upcoming “The Almighty Johnsons,” “Z-Nation” and “Olympus.”

“Our strategy of acquiring hit shows to complement our premium original scripted series has really resonated with our audience,” said Chris Regina, senior vice president of Programming for Syfy. “With its action-soaked storylines and powerful characters, Spartacus will be a dynamic addition to our schedule.”

“‘Spartacus’ made an indelible impact on Starz premium viewers in the United States and with audiences around the globe,” said Gene George, executive vice president of Worldwide Distribution for Starz. “We are very pleased to strike this accord and bring the incredible tale of ‘Spartacus’ to Syfy for its viewers.”

The show nearly came to an end when original Spartacus Andy Whitfield was unable to return because of non-Hodgkin lymphoma. He was replaced by Liam McIntyre, and died in September 2011.

After it completed its run, Starz began re-airing the entire series, with bonus footage. McIntyre hosted the episodes.

The series and 1960 Kirk Douglass film of the same name were inspired by an actual slave of the Roman Republic who, in 73 BC, led a slave revolt that grew to more than 120,000 fighters. The Starz series was executive produced by Rob Tapert, Steven S. DeKnight, Sam Raimi, and Joshua Donen.

(For the record: An earlier version of this story erroneously said Syfy would be airing new episodes. Only the originals will air.)