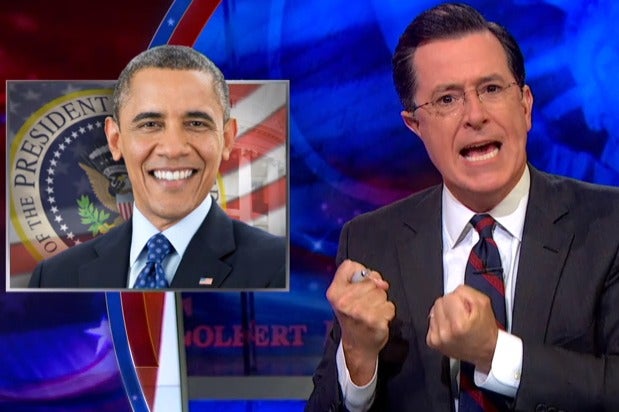 Stephen Colbert is joining Sarah Palin and other conservatives who want to impeach President Obama.

Colbert has a personal stake: He doesn’t want Obama to stay in office longer than he remains host of “The Colbert Report.” Colbert is leaving for CBS next year, and will retire his conservative commentator character.

“With two years of no Colbert to rein this man in, by the time he leaves in 2016 everyone in America will be a pot-smoking, gay immigrant in a polygamist relationship with a biracial box turtle,” Colbert explained.

Republican Party leaders haven’t joined the calls for impeachment. But Palin says Obama should be impeached to send him a message about his “lawlessness.”

“And you can’t trust Sarah Palin on impeachment, because she is an expert at leaving office in the middle of a term,” Colbert said.