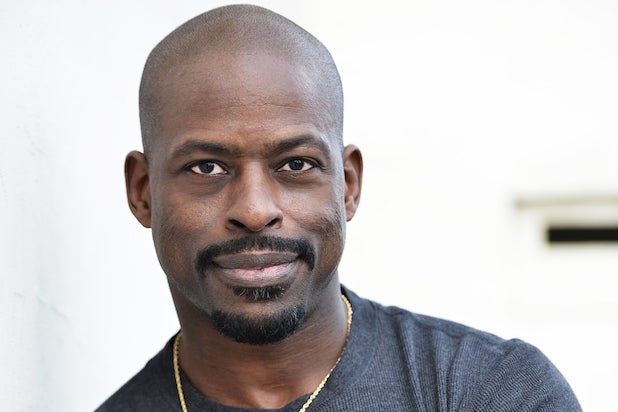 While plot details for Shane Black’s sequel to “The Predator” remain under wraps, star Sterling K. Brown is teasing it as “very different than the original ‘Predator.'”

“Shane has his whole take on it and it’s very different than the original ‘Predator,'” Brown told Entertainment Weekly. “It’s got a really wicked sense of humor to it, which I love about it. And it’s got a real camaraderie amongst the main characters that I think folks will be attracted to. That’s pretty much all I can say.”

However, the “This Is Us” star is excited to star in the highly-anticipated film given that he has been a fan of the original for decades.

“I’m a huge fan of ‘Predator,'” he said, “and, of course, everybody loves Jesse the Body [Ventura] and Arnold [Schwarzenegger] and Carl Weathers and Bill Duke. My friends at Stanford used to tease me — being the dark-skinned African-American man that I am — they’d say, ‘Yo, man, you’re going to start getting all [those] Bill Duke roles when you get older.’ And I was like, ‘I don’t look anything like Bill Duke, you guys can kiss my a–.’ So then I booked this movie and I told them and they’re like, ‘Dude, do you even realize that you’re now Bill Duke???’ And I had to go tell them to kiss my a– all over again.”

The original 1987 film “Predator” was directed by John McTiernan and starred Arnold Schwarzenegger as the leader of an elite special forces team on a mission to rescue hostages from guerrilla territory in Central America — before being hunted down by an advance alien life form.

Last week, Schwarzenegger said he won’t return to the “Predator” franchise unless changes are made.

“They asked me, and I read it, and I didn’t like it — whatever they offered,” he told Yahoo Movies.

The actor added: “Except if there’s a chance that they rewrite it, or make it a more significant role. But the way it is now, no, I won’t do that.”