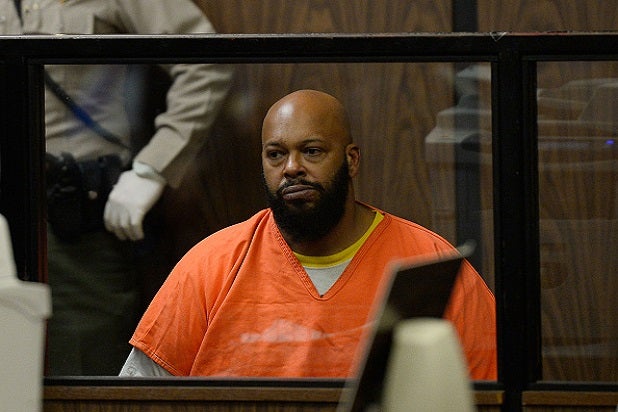 The rap mogul, already facing life in prison after being charged with murder last month, now faces an additional charge of making a criminal threat.

The charge stems from an incident in September, during which Knight and comedian Micah “” allegedly stole a celebrity photographer’s camera in Beverly Hills.

According to a complaint filed in Los Angeles Superior Court, Knight (real name: Marion Hugh Knight) “did willfully and unlawfully threaten to commit a crime which would result in death and great bodily injury to Leslie Redden, with the specific intent that the statement be taken as a threat.”

Knight is no stranger to the criminal justice system.

The former Death Row Records boss was charged with murder, along with attempted murder and two counts of hit-and-run, in late January, after a deadly confrontation in Compton, Calif. He is accused of running over two men with his truck, then fleeing the scene. One victim, Terry , was killed in the incident.

Knight has pleaded not guilty in the Compton incident, which would constitute a third-strike case. He faces life in prison if convicted of the charges.

The Death Row Records co-founder is currently being held without bail, after being deemed a flight risk.