Taylor Swift has announced that “Red” is her next album re-release, which has fans both jumping for joy and suggesting that Jake Gyllenhaal should enter the witness protection program. The 2012 Grammy-nominated album is believed to have been heavily inspired by Swift’s high-profile relationship — and subsequent breakup — with the actor.

After months of speculation, Swift confirmed on Friday that she will release the re-recorded version of “Red” on Nov. 19. She added that the new version, dubbed “Red (Taylor’s Version),” will feature all 30 songs originally written for the album, including one 10-minute track that fans are already guessing could be the extended version of “All Too Well,” a devastating breakup ballad long rumored to be about Gyllenhaal.

Although Swift and Gyllenhaal only dated between October and December of 2010, the whirlwind relationship apparently had a major impact on the singer-songwriter. In her announcement for the new release, she recalled still being in the throes of heartbreak while developing the album, describing the end result as a “mosaic of feelings that somehow all fit together in the end.” 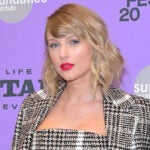 Much of the original “Red’s” fan-favorite tracks, like “We Are Never Ever Getting Back Together,” “I Knew You Were Trouble” and “All Too Well,” don’t paint Swift’s exes in a particularly flattering light. So naturally, a barrage of memes started flooding the internet upon Friday’s news of the re-release, with Gyllenhaal trending all afternoon on Twitter.

Check out some of the funniest reactions below.

“Red (Taylor’s Version)” will be the second re-recorded album in Swift’s six-album endeavor, following the April release of “Fearless (Taylor’s Version),” which debuted at No. 1 on the Billboard 200 chart. The singer announced plans to re-record her first six studio albums back in 2019, after Scooter Braun acquired her master recordings against her wishes. (Oh, and Friday just so happens to be Braun’s 40th birthday. Coincidence? You decide.) 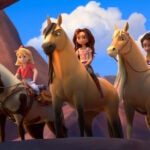