Ben got bashed, Leno was lambasted– and even Moonves absorbed a body blow.

The usually sedate TV Critics Assn. summer press tour, which ended over the weekend, at times felt like a Friars Club roast as execs, actors, writers and producers spent much of the past two weeks hurling zingers at one another. While jabs are not uncommon at TCA, this year’s edition was dominated by almost daily disses. 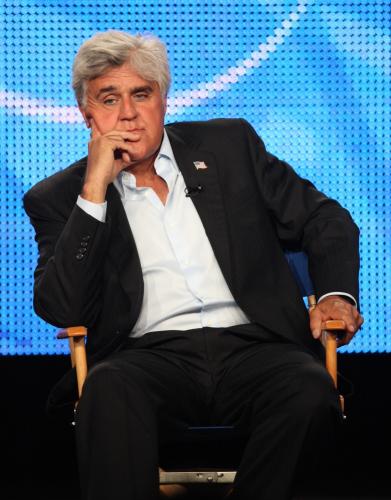 NBC, perhaps predictably, took the brunt of the broadsides. Ben Silverman stepped down as co-chairman of the network’s entertainment division just as the tour was about to get underway, setting the stage for reporters to nudge TCA participants to react.

But Silverman wasn’t the only target.

The TV Academy’s decision to shake up the Emmy format came under fire, as did Jay Leno’s pending move to 10 p.m. Folks who felt they’d been slighted (Kelsey Grammer, Glenn Gordon Caron, Joan Rivers) used the TCA to fight back, while media whipping girl Katherine Heigel had to endure a mild reproach from her ABC boss.

Here’s a look at the zingiest zingers from the Pasadena press tour — as well as a few not-so-hostile, and yet still-memorable, moments:

Most Indirect, Yet Still Cutting Criticism:  "I think it’s unfortunate … People are
going to behave in the way they choose to behave. You know, I think there are so many people who work unbelievably hard on “Grey’s” and all of our shows and
go without any notoriety or credit for it. And I just think it’s really hard for them to hear it the most. " – ABC Entertainment president Steve McPherson on Heigl’s recent complaints about long workdays.

Best Jab in a Long-Running Feud: "I think it’s brilliant that they put Leno at 10:00 now because Americans get bored more easily and go to sleep earlier, and that will … that’s all I have to say about that. When was the last time you said, ‘Did you hear what Leno said last night? Ahh.’ Never. So it’s nice for the Midwest because the crops will be greener." --  Joan Rivers on long-time rival Jay Leno.

Tossed Salad and Rotten Eggs, Part 1: "Les Moonves, being the selfless, egoless man that he is." – Kelsey Grammer, recounting how the CBS boss hurt Grammer’s "Medium" by bashing NBC.

Spin City: "What people don’t understand was that was a three-part miniseries. We told our arc. We told the story we wanted to tell." – "Modern Family" star Jesse Tyler Ferguson on the very brief run of his Fox comedy "Do Not Disturb."

Plucking the Peacock, Part 1: "Whatever ratings they get, they’re going to declare a victory anyway, so it really doesn’t matter." – Tassler on NBC press releases.

Best Comedic Use of the Race Card: "White people. There are too many of you." – Wanda Sykes, in response to a question about why there haven’t been more minorities in late night.

Tossed Salad and Rotten Eggs, Part 2: "I had pitched it to Les previously, and he wasn’t interested. And then he spent the next four years trying to make the same show." – Grammer on how Moonves rejected "Medium" as a CBS show and then made "Ghost Whisperer." 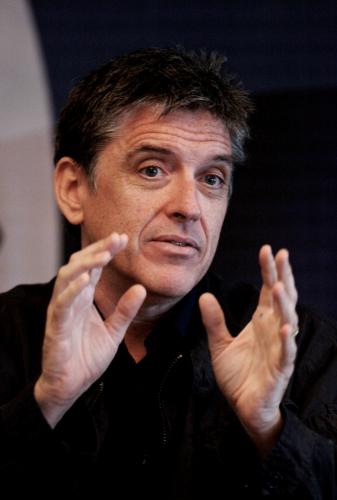 Best Deviation From the Party Line:  "Research shows people are against
pornography. That’s why it’s a $60 billion business." – Jay Leno, summing up his take on NBC research showing his new show will be a success.

Plucking the Peacock, Part 2: "I feel they should take the American flag down in front of the building and just put up a white one  because they’ve clearly given up. They’ve clearly just said, ‘Look, we can’t develop. We can’t develop anything that’s going to stick. We have — clearly can’t find anything with any traction, so we quit.” – Producer Peter Tolan on NBC’s decision to strip Jay Leno at 10 p.m.

Most Effective Use of Self-Deprecatory Humor: "My relationship with David Letterman is that I sit at his feet, and that’s what it is. I’m kind of his bitch."  – Craig Ferguson on his role at CBS.

Tossed Salad and Rotten Eggs, Part 3: "We actually were onto something pretty good. Then Fox hired … what’s his name? Reilly? Reilly, who actually hadn’t bought the show. We had pitched it to him at NBC. So I had bad feelings about that." -- Grammer on the failure of his Fox comedy "Back to You."

One More Ben Jab: "Ben’s not trying to destroy television. Someone else is." — "Cougar Town" executive producer Bill Lawrence on Silverman.

Only in America, Arianna-Style: "It’s been my dream, ever since I was a little girl growing up in Athens to be a bear in an animated series. And so finally, it proves that any immigrant can do anything they really set their eyes on in America." — Arianna Huffington on her vocal role in Fox’s "The Cleveland Show."

Craig Ferguson Is Not a Twit: "I never would Twitter because I’ve got an hour to fill every f—ing night. What the hell else am I going go to say? ‘Going to say
things about things?’" – Ferguson on why he doesn’t do Twitter.

Really? That’s Your Argument?: "Personally, I think it’s going to be quite fun for those people whose categories are announced early because, not only do they get to go up on stage and win, then later in the evening, they can sit in the audience and watch themselves win again. So I see it like it’s going to be very fun for those people. I wish they’d sit back and consider the kind of options that’s going to give them." – TV Academy CEO John Shaffner on the advantages of the plan to time-shift eight awards.

Another Take on the Emmy Kerfuffle: "I thought the Emmys were about rewarding (the best in TV). When they start talking about honoring more shows, then isn’t it the People’s Choice Awards?" – "The Shield" creator Shawn Ryan.