“Westworld” star Thandiwe Newton, who played Val in 2018’s “Solo: A Star Wars Story,” is disappointed that her character was killed off midway in the film.

“I felt disappointed by ‘Star Wars’ that my character was killed,” Newton told Inverse in an interview. “And, actually, in the script, she wasn’t killed. It happened during filming.”

The original script initially had Newton’s character survive, but as Newton explains, it was more cost effective to kill off her character instead of doing another set expensive piece. 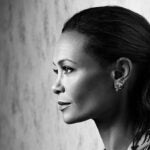 “It was much more just to do with the time we had to do the scenes,” she said. “When we came to filming, as far as I was concerned and was aware, when it came to filming that scene, [Val’s escape] was too huge a set-piece to create, so they just had me blow up and I’m done.”

Although “Solo: A Star Wars Story,” which underwent major reshoots and a director change, never got a sequel, Newton called the decision a big mistake for another reason.

“But I remembered at the time thinking, ‘This is a big, big mistake — not because of me, not because I wanted to come back,” Newton said. “You don’t kill off the first Black woman to ever have a real role in a ‘Star Wars’ movie. Like, are you fucking joking?