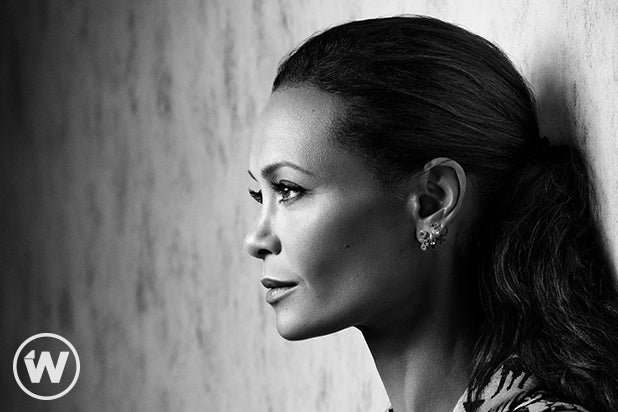 Thandie Newton has become an on-screen staple over the years: from her debut in “Flirting” in 1991, a role opposite Tom Cruise in “Mission: Impossible II” in, a part in the Oscar-winning “Crash,” and most recently HBO’s “Westworld.” But Newton is setting the record straight — her name is Thandiwe, not Thandie.

The actress revealed the correct spelling of her name in a recent interview with “British Vogue.” Her parents named her Thandiwe, which means “beloved” in Shona, the language of her mother’s people. (A prescient name it turns out, as Newton went on to star as eponymous Beloved in the 1998 film).

But when Newton got a bit older and attended a Catholic primary school, the W of her name was quickly phased out in an effort to assimilate to the culture of the school. “We may as well have been the first Black people anyone had ever seen,” Newton said. The actress also revealed that it was at this school where she was once excluded from a class picture for styling her hair in cornrows.

Newton also recalled why the W had been dropped from her name in her first film, tweeting on Monday afternoon that “The director of my first film asked to use my actual name for the character – because it was authentic and beautiful. I felt flattered and agreed. And then in the credits they used my ‘nickname’ to differentiate from the character name.”

The director of my first film asked to use my actual name for the character – because it was authentic and beautiful. I felt flattered and agreed. And then in the credits they used my ‘nickname’ to differentiate from the character name. They stole my name. And I’m taking it back. https://t.co/O4jPtxj06D

Now, Newton is setting the record straight and reclaiming the name her parents gave her. “That’s my name. It’s always been my name. I’m taking back what’s mine,” Newton said. Going forward, Newton will be credited in her projects as Thandiwe Newton. (As of Monday morning though, her IMDb page had yet to be updated with the correct spelling).

Newton will next star in Lisa Joy’s “Reminiscence” alongside Hugh Jackman and was in production on “God’s Country” before Hollywood shut down due to the pandemic. Newton will also star alongside Chris Pine in Amazon Studios’ “All the Old Knives,” based on the novel of the same name by Olen Steinhauer.