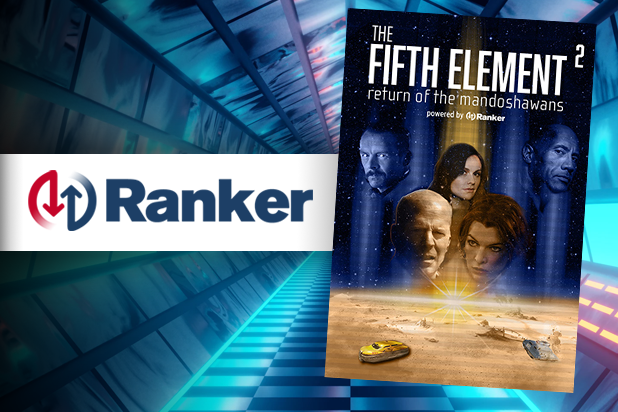 One billion votes cast by movie fans on Ranker.com were used to find a reboot or sequel audiences will really want to see

Hey, Hollywood: We get it. We see tons of reboots and sequels hit theaters every year because they’re just more likely to make money. We don’t hold it against you: Franchises like “Star Wars” and “The Avengers” capture our attention and get us excited to go to the theater, which in turn allows studios to turn a profit and keeps the film industry afloat. We have just one question: Why do so many of these supposedly safe projects end up bombing at the box office?

In 2019 alone, another installment of the X-Men franchise, a reboot of Hellboy, and an animated children’s movie based on UglyDolls toys have all fallen flat financially. No matter how popular the brands may be, producers need more than just intuition and outdated methods like focus groups to pick the potential IP projects that will actually recoup their huge investments. They need to use large samples of passionate movie fans — rather than small groups of random consumers who are paid to give their opinion — to figure out what exactly their target audience wants.

So we thought we’d do a little experiment: Use the one billion votes cast by movie fans on Ranker.com to find a reboot or sequel audiences will really want to see. We’ll use that data not just to pick a movie to spin off, but also to cast new actors, plan a new script, and even find promotional tie-ins that could be used to market the movie. Here’s how we make a movie with Ranker.

Ranker’s list of “Movies That Need Sequels” offers plenty of good ideas, but we’ll want to think carefully about which one we pick. For example, as much as we’d like to see another “Beetlejuice”, it doesn’t seem like Tim Burton and Michael Keaton are all that eager to revive their old hit.

“The Fifth Element”, on the other hand, has stars who have proven more than willing to rehash their most popular movies — “Die Hard”for Bruce Willis, “Resident Evil” for Milla Jovovich, and “Rush Hour” for Chris Tucker. “The Fifth Element” also is a cult hit with a dedicated fan base. Fans of the movie have come out in droves to vote up the movie on some of our most competitive lists, pushing it to the top 20% on highly competitive lists like “The Greatest Classic Sci-Fi Movies” and “The Best Alien Movies Ever Made.” It beats out many movies with several sequels already made or in the works, including “Return of the Jedi” and “Avatar”.

The movie’s fan base is big, but the film is a cult classic, not a worldwide phenomenon. To make sure our target audience shows up to theaters for this sequel, we’ll need to tailor everything about the movie, from the casting to the storyline, to their particular tastes by using correlational data.

Ranker can use more than just the results of online polls — all those results are aggregated and combined in Ranker Insights, allowing us to see correlations among fans of different movies, TV shows, and celebrities. In other words, it tells us not just how many people voted up “The Fifth Element”, but what other movies, TV shows, actors, musicians, and even brands that these “Fifth Element” fans also voted up.

We’ll use this correlational data to cast new actors who will flank the original stars in our prospective sequel. With [SPOILER ALERT] original villain Zorg (played by Gary Oldman) out of the picture, it looks like we’ll need to cast a new bad guy for the sequel. 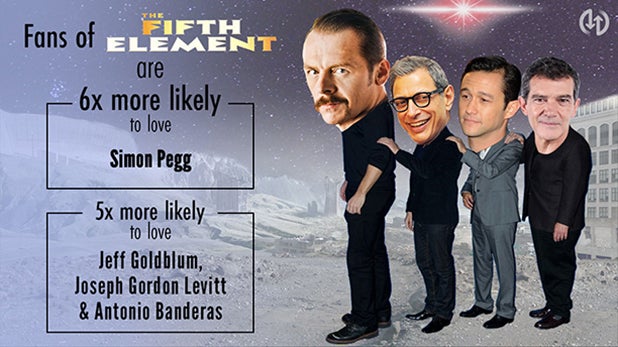 Here, we see that “Fifth Element”fans are 6X more likely to also love “Shaun of the Dead”star Simon Pegg, while Jeff Goldblum, Joseph Gordon-Levitt, and Antonio Banderas follow closely behind, with fans 5X more likely to love them. It looks like Pegg is our best bet. 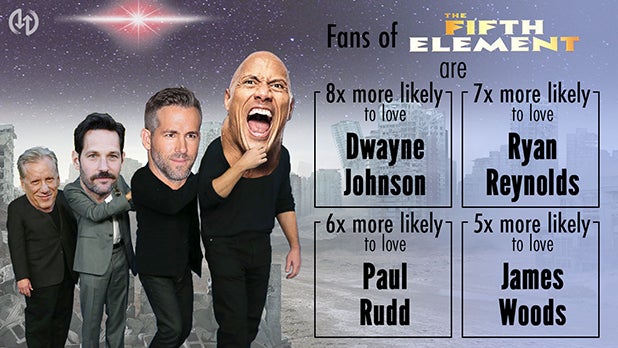 But why stop there? Let’s write some new characters to attach more well-known actors to the project. Here we compare the affinity fans of “Fifth Element” star Bruce Willis have for actors Dwayne “The Rock” Johnson, Ryan Reynolds, and Paul Rudd. All are great choices as potential new allies of our old friend Korben Dallas, but Johnson is, statistically speaking, the clear favorite. If we need another new character, there’s also former “True Blood” star Anna Paquin, an actress whom Milla Jovovich fans are 8X more likely to love. 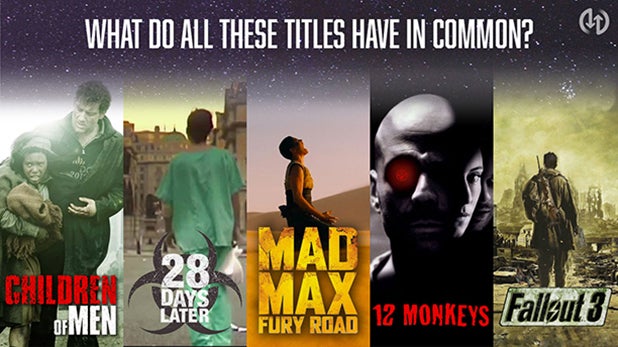 Ranker Insights tells us that people who liked “The Fifth Element” movie are more likely to love “Children of Men” (5X), “28 Days Later” (6X), “Mad Max: Fury Road” (6X), and “12 Monkeys” (8X), as well as the video game “Fallout 3” (4X). Noticing a pattern here? Seems like a sequel set in a post-apocalyptic future might do well with the original film’s audience. 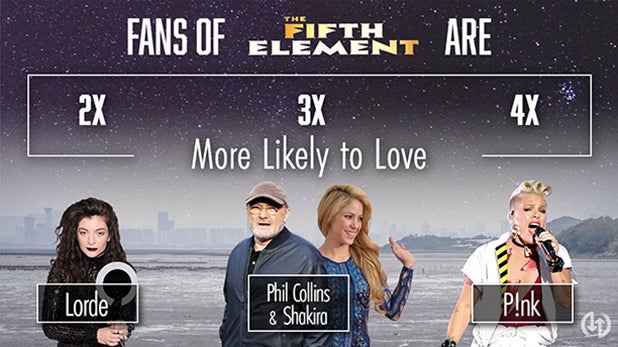 While the producers should certainly look to the composer of the original soundtrack Eric Serra to score the new film, that doesn’t mean P!nk shouldn’t write a song to promote the movie — especially since “The Fifth Element” fans are 4X more likely to vote up the pop singer. 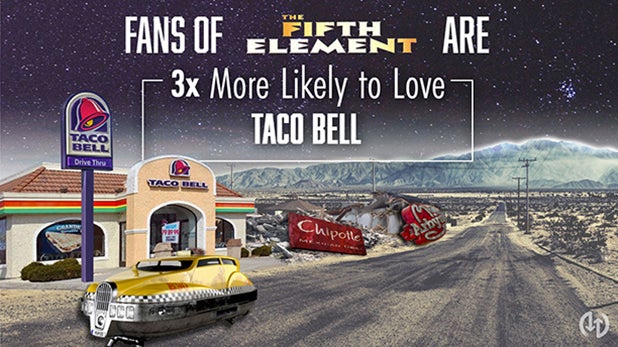 Product placements and marketing partnerships with popular brands can do a lot to generate publicity for an upcoming blockbuster. If you’re looking to cross-promote with a particular brand, look no further than Taco Bell, which is 3X more likely to be beloved by the sci-fi film’s fan base, while Chipotle and Arby’s are distant second and third favorites.

To wrap it all up, our movie…

Can you imagine this movie as easily as we can? Not only is this “The Fifth Element” sequel easy, fun, and completely free to come up with, but it’s also backed up by hard data about movie audiences. To any big-shot producers out there who might be reading this: just make sure to give us a few points on the back end when you give this thing the green light.

Clark Benson is the Founder and CEO of Ranker, the #1 site for crowdsourced rankings on everything from “The Most Trustworthy Actors” to “The Best New Streaming Shows.” Launched in 2009, Ranker is Benson’s fifth startup. Clark believes the opinion of millions is more relevant (and far more predictive) than the opinion of one critic. Part of Clark’s vision at Ranker is to allow studios to use the correlation data from over a billion votes to find niche audiences and make creative decisions on everything from casting to content recommendations. Benson resides in Los Angeles with his wife, Jenifer, and twins, Austin and Zani.