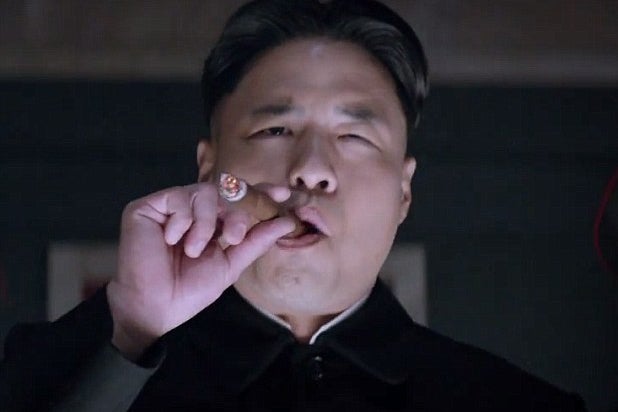 “The Interview” will stream on Crackle. Eventually.

The Sony-owned service announced its intentions to distribute the controversial comedy on Wednesday, just a day after Netflix subscribers in the U.S. and Canada found out they could watch it for free starting on Saturday.

Crackle did not provide a premiere date, but an individual with knowledge of the situation told TheWrap that it will debut “as soon as next year.”

While most people probably won’t consider that “soon,” the company did boast that it would be the first advertising video on demand player that has signed on to stream the R-rated satire starring Seth Rogen and James Franco as two entertainment journalists who get sent to North Korea to assassinate dictator Kim Jong-un.

Crackle, which hosts Jerry Seinfeld‘s popular show “Comedians in Cars Getting Coffee,” is a completely free service supported by ad sales, meaning no subscription or authentication is required.

Sony’s decision to offer “The Interview” to patient viewers who didn’t buy it on demand or see it in limited theatrical release comes after the movie raked in $40 million in combined revenue from box office, VOD and streaming. The comedy was forced into an unprecedented release model following the November hack of the studio, which the FBI officially linked to North Korea.

“The Interview” has been rented or purchased online and through cable, satellite and telecom providers more than 5.8 million times. It brought in $15 million online in its opening weekend, and Sony last week added iTunes and several satellite and cable networks to the list of platforms offering the film for rent or purchase.

“At Crackle, we always try to push the envelope when it comes to our own original programming and we’re happy to say the same for our licensed content,” said Eric Berger, EVP Digital Networks, Sony Pictures Television and GM, Crackle. “We are proud to be the first to distribute the film directly to consumers in the ad-supported window.”