The women of “The View” took some time to discuss President Joe Biden’s first nine months in office on Tuesday, assessing what he has and hasn’t done. Though the women (mostly) agreed that he’s done a lot, Joy Behar noted that she’s more unhappy with how he’s been covered by news media.

Citing a recent post from Slate called “Why Isn’t Anyone LIstening to Joe?” moderator Whoopi Goldberg posed the question of whether average viewers and listeners simply don’t want to hear the good things that Biden has accomplished.

“I believe that that’s because the media is not portraying him as a winner,” Behar said when it came time for her input. 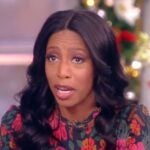 She then compared two headlines from NPR on the November jobs report — one from Trump’s administration, and one from Biden’s. Behar noted that both presidents saw an addition of more than 200,000 jobs, but where Trump was credited with a “surge” in the market, Biden’s was considered a “bust.”

“They are minimizing what he is doing!” Behar noted. She added that Biden doesn’t have charisma, but “he’s a good manager though,” and that’s what she cares more about.

Host Sunny Hostin argued that, in terms of likability, Biden was a clear improvement over the last president. 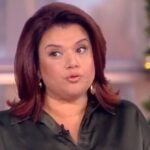 “I think, of course, there’s a stark comparison between Joe Biden and Donald Trump, right?” Hostin said. “Donald Trump, he did such terrible things, not only to the policies in our country but also just to the moral fabric of our country, and I think he brought the worst out in us. He did, he did. And I think Joe Biden really has, in some respects, restored the soul of our nation, and that was his task.”

That said, Hostin added that Biden has “been woefully deficient” on “the bedrocks of his campaign,” particularly in regards to his promises to Black and Latinx voters.

To that, Whoopi pointed out that Biden inherited the responsibility of managing the COVID vaccine rollout, along with other economic issues, which he pretty much had to focus on first. Behar agreed, and argued that Biden still has three more years to come through on his promises — though Hostin worried that that’s not actually true, depending on how midterm elections shake out.