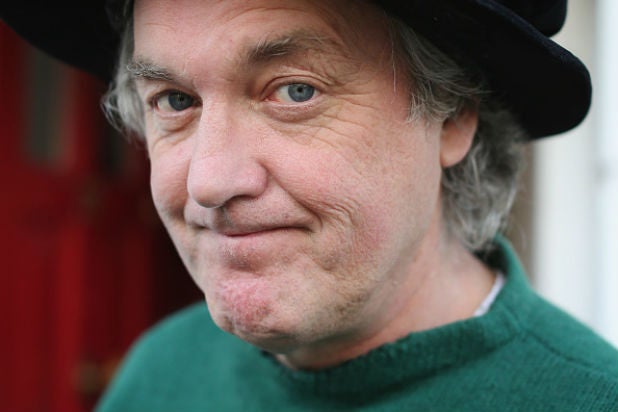 “Top Gear” co-host James May has ruled out returning to the popular British motoring show without Jeremy Clarkson.

“Me and Hammond with a surrogate Jeremy is a non-starter, it just wouldn’t work. That would be lame, or ‘awks’ as young people say,” May said in an interview with The Guardian.

May, however, did not rule out the possibility that the original hosting line up could return one day.

“In the future when all this has blown over there might be an opportunity for three of us to get back together on the BBC to do Top Gear or a car show of some sort,” May said.

“The BBC haven’t completely closed the door on Jeremy’s return,” he continued. “They’ve not banned him or fired him, only just not renewed his contract for the moment. It’s a subtle difference but an important one.”

Clarkson is not banned from the BBC, he’s just no longer a host of “Top Gear,” Kim Shillinglaw, controller of BBC Two and BBC Four, clarified on Wednesday.

“It’s serious and unfortunate what happened but there is no ban on Jeremy being on the BBC,” Shillinglaw explained to the BBC. “It’s a big deal what happened and Jeremy, as any human being would, needs some time.”

Clarkson was fired by the BBC after an internal investigation into a “fracas” with a “Top Gear” producer. The outburst occurred when Clarkson demanded steak and fries after a day of filming, but was told that the hotel in North Yorkshire, England where the crew was staying was no longer serving hot food.

Since it first aired in the U.K. in 2002, “Top Gear” has grown from a straightforward show about cars into a global phenomena watched by 350 million viewers in 170 countries. According to the New York Times, Clarkson was paid about $1.5 million a year to host the show, making him one of the network’s highest paid employees.