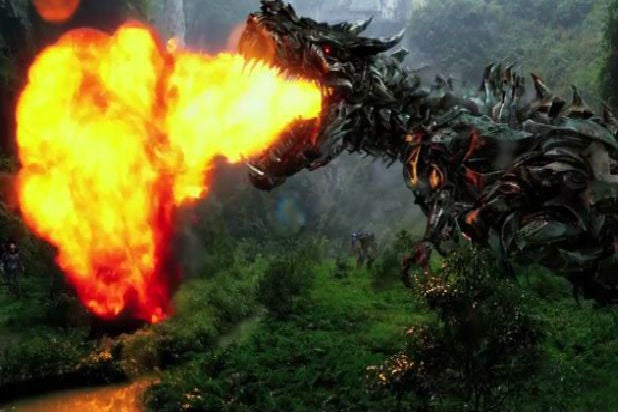 The brand new trailer for “Transformers: Age of Extinction” arrived Thursday with quite a bang.

Michael Bay‘s newest offering to the Hasbro gods is full of eye-popping action and explosive destruction that has made the series (and Bay, in particular) such a hit. The fourth movie takes place four years after the defeat of Megatron and the Decepticons that happened in the third film, “Transformers: Dark of the Moon.”

Say what you want about the “Transformers” series, but it expertly delivers the mindless action that fans of the films love, which is why every entry in the franchise is as successful as it is bombastic. And boy, are they bombastic.

Let’s take a look at five things we noticed in the newest trailer for “Transformers: Age of Extinction.”

1. THE HUMANS HAVE HARNESSED THE TRANSFORMERS’ TECHNOLOGY

The opening moments of the trailer take place in a top-secret laboratory with a hapless Transformer lying motionless on a gurney. Nameless scientists in white coats declare that they have not only identified the element that makes the Transformers what they are, but replicated it. This includes Stanley Tucci‘s character, who has been described as “an arrogant designer who wants to build his own robots.” Tucci nefariously stares into a sample of the Transformers’ technology and says, “It’s what they’re made of.”

2. MARKY MARK AND HIS CLUNKY BUNCH

Mark Wahlberg has the lead role in the new “Transformers” now that Shia LaBeouf has moved on to other undoubtedly original career opportunities. Wahlberg stars as Cade Yeager. He’s a struggling inventor with the requisite eye-candy daughter (played by Nicola Peltz), who inadvertently buys the legendary Optimus Prime, thinking he just got a junky old truck to add to his collection of crap. But then he finds out that not only is his clunky new truck a Transformer, it’s the Transformer.

3. THE AUTOBOTS ARE BEING HUNTED

Of course, right after Wahlberg and his family make the big discovery, shadowy government officials, led by Kelsey Grammer, are hot on their trail. It’s a familiar scene, made all the more frustrating because the Autobots always save the world. Prime is similarly exasperated, saying, “After all we have done, humans are hunting us. But I fear we are all targets now.”

Then, the trailer reveals who is doing the targeting: a fiercely terrifying Transformer whose face turns into a massive cannon, blowing Prime away and turning the entire trailer on its head.

With the new enemy revealed, there are infinitely more pressing matters to deal with than just the government and an evil designer. Humans are on the verge of extinction, and must team with the Autobots to save civilization. Gargantuan spaceships creep up on an unsuspecting Earth, cities are destroyed and humans are helplessly caught in the crossfire. Chicago is shown being torn to pieces (again!) as is Hong Kong. Bumblebee saves a falling Peltz from certain death. Even Tucci, set up as the villain in the trailer’s opening seconds, can’t believe what he is seeing. This is the Transformer battle of the ages.

It gets even more crazy from that point. The highly anticipated Dinobots are revealed, led by the fire-breathing robotic Tyrannosaur Transformer Grimlock. Grimlock tramples his way through the city, crushing cars and leaving blocks of destruction in his wake like, well, like a Tyrannosaurus Rex. In the final few seconds, Optimus Prime valiantly rides his Dinobot into battle like a steel steed, launching off the dino’s back and slicing up Decepticons with his Sword of Judgement.

“Transformers: Age of Extinction” opens in theaters everywhere on July 27, 2014.