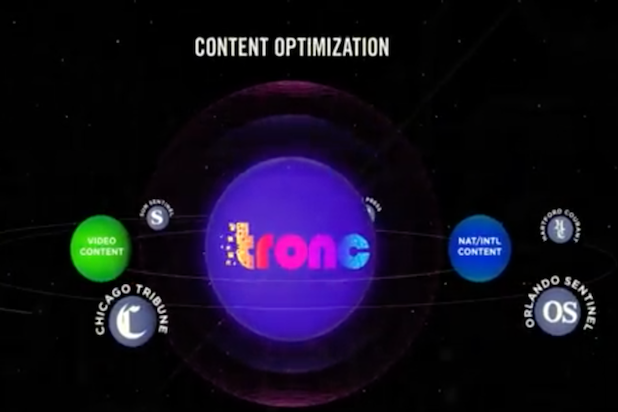 Tronc shares plummeted Tuesday after Gannett Co. announced it was no longer attempting a takeover of the newspaper giant.

Tronc, formerly known as Tribune Publishing, dropped nearly 20 percent from Monday’s closing price. Gannett, the parent company of USA Today, announced on Tuesday morning that it was ending its months-long pursuit of Tronc. Tronc dropped to $9.70 a share and fell more than 29 percent in premarket trading after Gannett announced it would not purchase the company.

“It is unfortunate that Gannett’s lenders made their decision to terminate their role in the transaction without the benefit of Tronc’s third quarter financials or any future projections,” Tronc said in a statement. “Tronc remained a constructive partner to Gannett as it sought to complete its financing for the agreed upon purchase price, however, Gannett was unable to do so and terminated discussions.”

Tronc’s quarterly earnings call is on Tuesday after the market closes.

Gannett started the negotiation by making an unsolicited offer that was rejected last April by Tronc. Things got ugly and Gannett even penned a letter to Tribune shareholders accusing the company’s leadership of “disregarding” their best interests.

At one point, Tronc chairman Michael Ferro told a group of Los Angeles Times staffers that he would purchase Gannett instead of accepting Gannett’s takeover offer.

In early August, the Wall Street Journal reported that Gannett increased its offer to purchase Tronc after unsolicited offers were rejected by Ferro. Gannett’s original offer of $12.25 a share was increased to $15 per share, but Tronc rejected both proposals.

Last week, Bloomberg reported that several lenders withdrew over concerns about the health of the two companies’ businesses at the finally agreed-upon price of $18.75 per share.

Tronc’s sizable portfolio includes The Chicago Tribune, The Los Angeles Times, The Orlando Sentinel, The Sun-Sentinel of South Florida, The Baltimore Sun, The Morning Call of Eastern Pennsylvania, The Hartford Courant and The San Diego Union-Tribune.