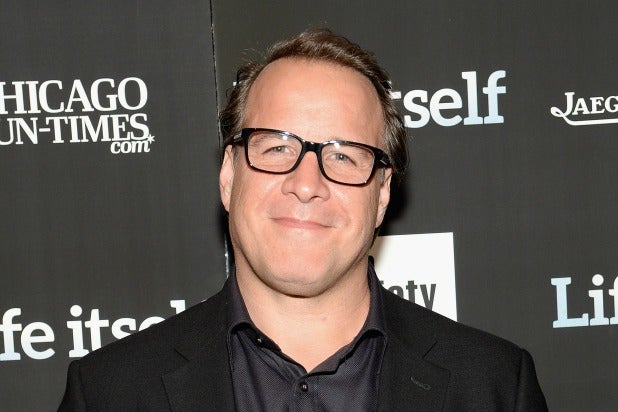 Gannett Company made a plea to Tribune Publishing stockholders on Friday as it continues a hostile takeover effort, mailing shareholders a letter in which it accused Tribune brass of “disregarding” their best interests.

The media company has already put in two unsolicited bids for Tribune.

“By not engaging constructively with Gannett regarding its offer and continuing to pursue a substance-free, newly developed and unproven strategy based on ‘Tronc,’ we believe the Tribune Board is jeopardizing your investment and disregarding your best interests,” Gannett wrote.

Also Read: Tribune Publishing Chairman: 'I Am Going to Bid on Gannett'

The letter also urges stockholders soliciting “withhold” votes in connection with the election of all eight nominees to the Tribune board of directors at Tribune’s annual meeting on June 2.

“By voting ‘WITHHOLD’ for all of Tribune’s director nominees, you are sending a clear message that Tribune stockholders want the Tribune Board to engage immediately in a constructive dialogue with Gannett regarding its offer,” the letter said.

Gannett also lists several reasons why it believes the Tribune board is disregarding stockholder interests, including rejecting Gannett’s initial offer outright “without entering into substantive discussions,” implementing a “poison pill” and allowing Tribune chairman Michael Ferro (pictured) to publicly state that Tribune is not for sale at any price.

The letter also accuses Ferro of selecting people associated with him for the company’s director nominees, making it clear that he would expect to have a “significant role” at the company post-closing and wanting “a piece of the action.”

Ferro reportedly told a group of Los Angeles Times staffers on Thursday that he’ll purchase Gannett instead of accepting Gannett’s $864 million takeover offer, according to Politico.

“I am going to bid on Gannett,” Ferro reportedly said. “I have lawyers working on it.”

Gannett recently upped its offer to purchase Tribune, which has assets that include the Los Angeles Times, Chicago Tribune and Baltimore Sun. Tribune’s second-biggest investor is urging the company’s top executives to go along with a takeover bid by Gannett, saying that snubbing Gannett would “destroy enormous shareholder value.”

Ferro and Gannett have publicly feuded since Gannett made an unsolicited takeover offer last month for Tribune at $12.25 per share in cash. Tribune has since received a revised unsolicited proposal from Gannett to acquire all outstanding shares of Tribune Publishinstock for $15 per share.

Investor Oaktree Capital Management, which owns roughly 15 percent of Tribune, sent a letter on Wednesday to the Tribune executives stating a strong desire to “engage Gannett immediately and seek to negotiate a transaction in the interest of all Tribune shareholders.”

Tribune Publishing has responded to Gannett’s letter: “Once again, Jeff Lewis and Robert Dickey are misleading investors with half-truths and conjecture designed to mask their desperate need to acquire Tribune Publishing to save their own business and their positions. This latest statement contradicts what Gannett has been stating to our shareholders, that we haven’t been engaged in discussions. To set the record straight, Mr. Ferro’s alleged comments in the May 12 meeting were grossly mischaracterized and taken out of context. As he has stated repeatedly in public, Mr. Ferro indicated that Gannett’s previous proposal, while certainly in the best interests of Gannett shareholders, was not in the best interest of Tribune shareholders.