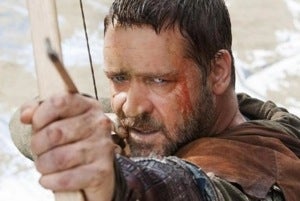 The 2010 Cannes Film Festival lineup, announced at a press conference in Paris on Thursday, is full of stars whose films are screening out of competition.  But the battle for the festival’s top prize, the Palme d’Or, will be waged by a group of international auteurs.

"Fair Game," a film about the outing of CIA agent Valerie Plame staring Sean Penn and Naomi Watts and directed by Doug Liman ("Swingers," "The Bourne Identity") is the only American film to screen in the festival’s main competition.

As previously announced, Ridley Scott’s “Robin Hood” will kick off the 63rd Festival de Cannes on May 12.

Terrence Malick’s "Tree of Life," which had been rumored among the likely selections, was not ready for Thursday’s announcement, but may still be granted entry in the coming days, fest director Thierry Fremaux said.

The full lineup is below.

It’s the most important film festival in Europe, and the unofficial kickoff to the race that ends with the Academy Awards. But Cannes’ big winners don’t usually go on to win Oscars or do particularly well at the box office. Only four Palme d’Or winners cracked $25 million in the last 30 years: “The Piano,” “Pulp Fiction,” “The Pianist” and “Fahrenheit 451.”

Fremaux said on Thursday he hoped the parties could come to a working agreement before next month’s event.