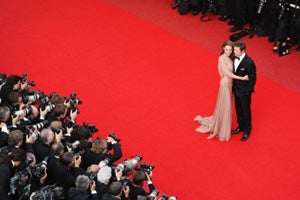 Agence France-Presse, Reuters, AP and Getty TV announced the boycott on Wednesday. The press conference – at which film selections for this year’s festival are announced – is scheduled for Thursday in Paris.

"We have decided to boycott this conference due to these restrictions," AFP global news director Philippe Massonnet said in a statement.

The restrictions – which have not been announced officially – reportedly stem from a new deal between Cannes, Canal Plus and pay-TV service Orange.

"They would penalize many media subscribers of the agencies the world over," Massonnet said. "[They] would dramatically reduce the agencies’ ability to provide subscribers with an adequate audiovisual record of public events at the festival."

The news agencies have been in talks with the festival since February, according to AFP.