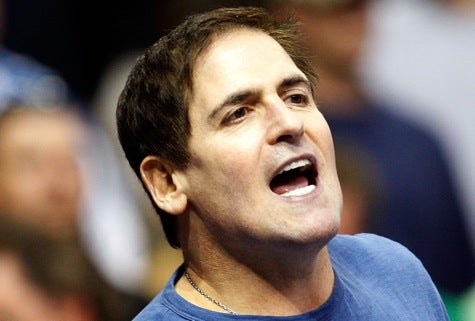 Okay, the media really need to take a deep breath and calm the hell down. The report below about Mark Cuban is a big mess. Bloomberg should have gotten its facts before sending reporters into a tizzy over a non-issue regarding Miramax.

Let’s hit the reset button: Mark Cuban, a Weinstein shareholder, has nothing to do with the sale of Miramax to Ron Burkle and Harvey and Bob Weinstein.

He wrote to Bloomberg saying he had "an issue" with The Weinstein Company. He didn’t say what it was. Bloomberg said Cuban wrote he might block the Miramax sale, but did not cite anything from the email that proved as much.

A member of The Weinstein Company’s board put out a statement clarifying that Cuban has "an issue" with TWC’s release of "The Road,"a movie that Cuban produced. And he’s not on TWC’s board, as some other media outlets said on Wednesday.

Board member Richard Koenigsberg wrote: "Mark Cuban is one of our shareholders who we admire greatly. He is not on the Board and it is our understanding that the issue he spoke to the press about is regarding the distribution of a movie he produced called The Road.  The dispute is limited to the amount of theaters it played.  We have been diligently working to rectify this situation. The Road is a movie that we are all proud of, and only wish it could have done better at the box office."

Everyone: as you were.

Now Mark Cuban is entering the cast of colorful characters in the Miramax tug-o’-war, saying in an email to Bloomberg that he is "having some issues" with the Weinsteins and may try to stop them from buying back their old studio.

Cuban, billionaire owner of the Dallas Mavericks, did not specify what that dispute was, or how he might go about impeding the Weinsteins, who are in the middle of an exclusive negotiating window with Disney that ends Wednesday, as TheWrap first reported.

“I am having some issues with the Weinstein Co. right now,” Cuban said in the e-mail to Bloomberg. “Bob and Harvey have historically worked with our companies to resolve these issues. I’m hoping the same applies here. If not, my position will certainly change.”

Cuban is one of many investors who helped fund production on Weinsteins films including “Nine” and “Inglourious Basterds.”

Earlier: Late Nights at Disney Over Miramax: At $625M, Deal Close to Done