(Warning: This post contains spoilers for the Season 1 finale of HBO’s “The White Lotus.”)

The first season of HBO’s “The White Lotus” concluded with the long-awaited reveal of the identity of the corpse on the plane is: none other than the now-fired White Lotus hotel manager Armond (Murray Bartlett).

Moments before his death, Armond defecates in the suitcase of hotel guest Shane (Jake Lacey), directly leading to his accidental murder at the hands of Shane, who stabs him under the assumption he is an intruder.

With so many options for characters to kill off, how did “The White Lotus” creator Mike White decide Armond would be the one to kick the bucket — and in that way? 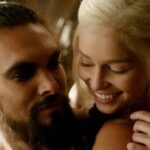 “Well, the thing is, I was like, ‘We got to have a death here.’ Because otherwise it’s just going to be like ‘My Dinner with Andre in Hawaii’ or something,” White told Entertainment Weekly in an interview published Monday. “So it was engineered from the beginning and I just felt like the guy’s like an actor who plays King Lear. He has his best scene ever. And then he has the ultimate act of defiance where he craps in someone’s bag. And I was like, ‘There’s really nowhere else to go from here.’ But this is your swan song. So it felt like the right ending for him.”

White told EW that his plan was always to do the “most casual version” of the dead body trope for “The White Lotus,” by letting viewers know int he premiere someone would die, but never coming back to it again until the end.

“And I felt if we just telegraphed that there is going to be blood on the floor by the end of this, that it would allow people to let us have more of a playful, anxious tone throughout the show.”

“The White Lotus” has been renewed for a second season at HBO, though that installment is set to feature a new cast of characters at a different White Lotus resort.