Former “Game of Thrones” co-stars Jason Momoa and Emilia Clarke met up over the weekend to make sure the Khal Drogo actor could “still bench press a Khaleesi” — aka Emilia Clarke — and also, you know, hang out as dear friends.

Clarke posted a photo with Momoa on Instagram Sunday, captioning the pic of her in her onscreen lover’s arms: “When your sun and stars rolls into town you check that he can still bench press a Khaleesi.”

If you’re somehow not in on the “GoT”-related joke here, Momoa’s Khal Drogo was a Dothraki leader who married a young and terrified Daenerys Targaryen in the premiere episode of the HBO series. 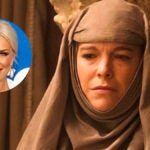 Also Read:
‘Game of Thrones’ Star Hannah Waddingham on Waterboarding Scene and Mental Health Fallout: ‘I Would Do It Again’ (Video)

Drogo was known to do a fireman-style lifting of his wife and Khaleesi (queen of the Dothraki) — who would go on to become the Mother of Dragons, among many other things — a move that clearly still pleases fans of this twisted (yet somehow wildly popular) couple.

“love u forever moon of my life,” “Aquaman” star Momoa wrote in a comment on Clarke’s post, responding to her use of “sun and stars,” the iconic term of endearment Daenerys used on Drogo, with Drogo’s own pet name for his wife. 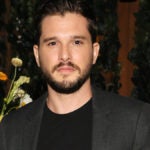 Momoa was not at Clarke’s side throughout the entire eight-season run of HBO’s “Game of Thrones,” as Drogo met his untimely end during the first season, and only appeared in flashback after that. Clarke’s Dany, however, made it all the way to the divisive ending, with her transformation along the way being one of the most heavily debated points of the finale of the David Benioff and Dan Weiss-created series based on George R.R. Martin’s books.

While both Clarke and Momoa are done with the “GoT” franchise, HBO is currently in production on “House of the Dragon,” a spinoff prequel series telling the story of Daenerys’ royal Targaryen ancestors.