Kit Harington recently revealed the impact “Game of Thrones” had on his mental health, explaining why he took a one-year break from acting after the series wrapped in 2019.

“I went through some mental health difficulties after ‘Thrones,’ and during the end of ‘Thrones,’ to be honest,” the actor said. “I think it was directly due to the nature of the show and what I had been doing for years.” 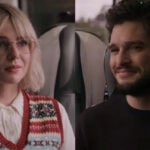 Harington decided to take a one-year break from acting after “Game of Thrones” so that he could “really concentrate on myself,” adding, “I’m really happy I did that.” During the pandemic, he filmed an episode of the Amazon series “Modern Love” — a much lighter kind of role for the 34-year-old actor.

Harington made headlines in 2019 when he checked into a wellness retreat weeks before the “Game of Thrones” finale “to work on some personal issues,” as his publicist said at the time. In an interview that March, he discussed seeking therapy after learning what would happen to his character, saying, “That was a time when I started therapy and started talking to people. I had felt very unsafe, and I wasn’t talking to anyone.” 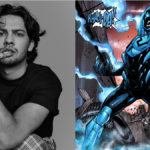 He also admitted that all of the fame and attention he earned from doing the HBO show led to a “dark period” in his life.

“It wasn’t a very good time in my life,” he said. “I felt I had to feel that I was the most fortunate person in the world when actually, I felt very vulnerable. I had a shaky time in my life around there — like I think a lot of people do in their 20s.”

He went on, “My darkest period was when the show seemed to become so much about Jon [Snow, his character] when he died and came back. I really didn’t like the focus of the whole show coming onto Jon. When you become the cliffhanger of a TV show, and a TV show probably at the height of its power, the focus on you is f—ing terrifying.”

Next up, Harington will star in Marvel’s “The Eternals,” which hits theaters on Nov. 5.