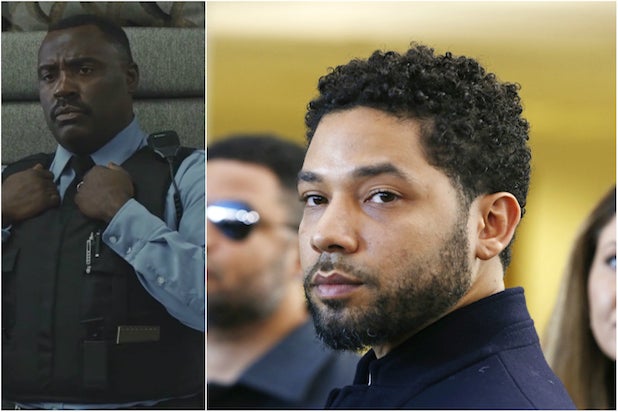 Comedy Central’s “South Side” co-creator Bashir Salahuddin says he refuses to satirize disgraced former “Empire” actor Jussie Smollett on his series about the lower-middle class life in Chicago. In an interview with TheWrap, he characterized the case of the actor indicted by a Chicago grand jury on charges related to faking a hate crime as “embarrassing.”

Salahuddin was born and raised in the South Side, the setting for the show that’s now in the middle of its first season. The show follows two streetwise employees of a rent-to-own appliance store, Kareme (Kareme Young) and Simon (Sultan Salahuddin, Bashir’s older brother). Both characters live in Englewood and just graduated community college after eight years.

Kareme and Simon both live to make a dollar on their various side hustles, and they’re not alone. There’s a police sergeant (Sergeant Turner played by Chandra Russell) who sells real estate as a side gig . There’s a storyline where a man loans a microwave to sell popcorn on the street. “South Side” acknowledged the gig economy long before Uber or Postmates.

“South Side” isn’t typically shy about mentioning specific events or people related to Chicago. In episode two, a character talks about how she was romantically linked to early 2000s Chicago Bull Eddy Curry, who she went to Kentwood with.

But Smollett, who lives in Chicago, is a topic Salahuddin will not touch.

“The whole situation is unfortunate,” the former “Late Night with Jimmy Fallon” writer said. “Particularly for the city, there’s bigger problems for them to handle.”

On January 29, Smollett made headlines when he was reportedly attacked and badly beaten in the North Side of the city by two men while they shouted racial and homophobic slurs. While Smollett and his attorney stand by his story, Chicago Police Department accused Smollett of lying, saying he staged the incident because he was “dissatisfied with his salary.”

Smollett’s character, “Jamal Lyon”, was written off of the remaining episodes of “Empire” in the sixth and final season. Before it was announced, Smollett would not return to show, sketch and variety shows were quick to make light of the situation. Saturday Night Live had a sketch where Smollett was late to a network meeting because of a dubious attack.

Salahuddin said that while the first season of “South Side” writers room wrapped before the Smollett incident, he is ruling out any mention of him going forward.

“There’s nothing funny about it,” he said. “It’s embarrassing.”