Back in the spring of 2019, Adam McKay and Will Ferrell announced that after 13 years of producing together they were splitting up. The team behind “Step Brothers,” “The Other Guys,” and “Anchorman 2: The Legend Continues” — Gary Sanchez Productions — amicably called it quits. At the time they released a joint statement, but neither have talked much about what precipitated the split — until now.

In a new interview with the Hollywood Reporter, Ferrell acknowledges the breakup and blames “bandwidth” on the dissolution of their professional partnership.

“Adam was like, ‘I want to do this, and this, and this’; he wanted growth and a sphere of influence, and I was just like, ‘I don’t know, that sounds like a lot that I have to keep track of,’ ” Ferrell told THR while promoting his upcoming Apple TV+ series “The Shrink Next Door.” “To me, the potential of seeing a billboard, and being like: ‘Oh, we’re producing that?’ I don’t know. … At the end of the day, we just have different amounts of bandwidth.” 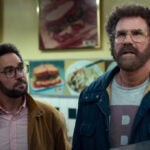 Also Read:
‘The Shrink Next Door’ Trailer: Paul Rudd Is a ‘Miracle Worker’ – and the Worst Therapist Ever (Video)

In April 2019, Ferrell and McKay released a statement about their professional parting.

“The last 13 years could not have been more enjoyable and satisfying for the two of us at Sanchez Productions. We give massive thanks to our incredible staff and executives and all the writers, directors and actors we worked with through the years,” their statement read. “The two of us will always work together creatively and always be friends. And we recognize we are lucky as hell to end this venture as such.” 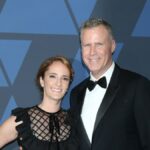 Shortly after McKay and Ferrell spit, McKay formed Hyperobject Industries as owner and CEO. Its first feature, “Don’t Look Up,” is set to debut later this year on Netflix, and other projects have included HBO series “Painting with John” and “Q: Into the Storm.”

Ferrell and Elbaum have continued with Gloria Sanchez Productions, producing 2021’s delightful “Barb and Star Go to Vista del Mar” and “The Shrink Next Door.”