You’re gonna need a therapist after watching just the trailer for Apple TV+ series “The Shrink Next Door,” which you can now do. May we NOT suggest Paul Rudd’s Dr. Isaac “Ike” Herschkopf. After all, that guy does a number on Will Ferrell’s Marty Markowitz, which isn’t really a spoiler if you have read the story or listened to the podcast.

“The Shrink Next Door” charts the course of Ike and Marty’s doctor-patient relationship, as “the all-too-charming Ike slowly inserts himself into Marty’s life, even moving into Marty’s Hamptons home and persuading Marty to name him president of the family business,” according to Apple (and the real-life story). 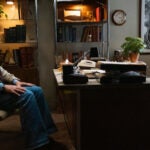 Dr. Ike is accompanied by his unsuspecting wife Bonnie Herschkopf (Casey Wilson) and though Marty may be defenseless against Dr. Ike enticing offerings, his hard-headed sister Phyllis (Kathryn Hahn) is not.

The series will debut on Friday, Nov. 12 with three episodes, followed by weekly releases thereafter.

The “Shrink Next Door” podcast, written and hosted by Joe Nocera, premiered in March 2019. Produced by Wondery and Bloomberg Media, the true-crime podcast was an instant hit and went on to win a Webby Award for documentary podcast in 2020.

The small-screen (we use that phrase knowing Apple would really like to see you stream “The Shrink Next Door” on a brand-new iPhone 13, ideally) adaptation is directed by Michael Showalter and Jesse Peretz based on the script by Georgia Pritchett. 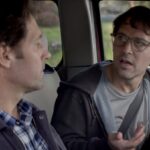 Also Read:
Paul Rudd Isn’t Sure Which Version of Miles He Was Nominated for, But Knows Who’s More Fun
x