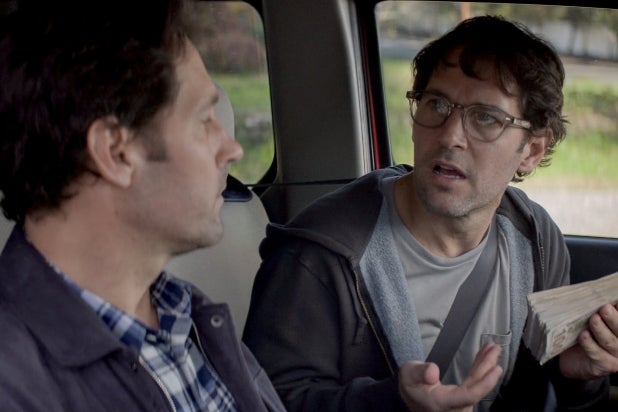 Ant-Man was feeling 100 feet tall on Monday morning. Paul Rudd was just nominated for a Golden Globe for the first time ever, earning a nod for his dual-role on Netflix’s “Living With Yourself.”

Just a few hours after we all heard the good — and likely, overdue — news, TheWrap spoke with the actor who excellently plays Miles AND Miles in the streaming service’s freshman cloning dramedy.

“You put your heart and soul — everyone does put their heart and soul into what it is that they’re working on. It’s just nice to be included. It’s a total honor,” Rudd told TheWrap. “I hadn’t really thought about it. It’s kind of a first thing for me.”

Rudd’s had some MTV Awards love, a SAG nod, and won a Critics’ Choice Awards, but this is his first major nomination.

We reminded Rudd that he kind of stacked the decks in his favor by playing two roles. He astutely pointed out: “It could have been two fails, too.”

Touché. So which version of Miles does Rudd think earned him this chance at a fancy trophy next month?

“I don’t know,” he told us. “It seems like the second one was more fun to hang out with.”

Another clued-in point by the “Clueless” alum.

As for his chances at taking home a Golden Globe, Rudd remained modest, calling his fellow nominees “a murderer’s row.” Good reference by the baseball fan.