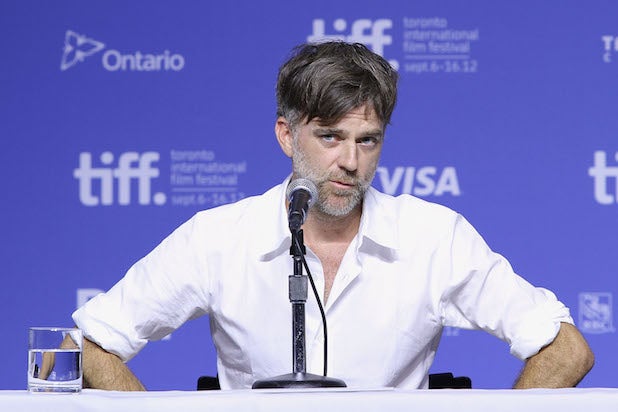 In a surprising match between filmmaker and material, Paul Thomas Anderson will rewrite Robert Downey Jr.‘s live-action “Pinocchio” movie with an eye toward directing the project for Warner Bros., TheWrap has learned.

Anderson is the six-time Oscar-nominated auteur behind “Boogie Nights,” “Magnolia” and “There Will Be Blood.” He most recently worked with Warner Bros. on “Inherent Vice,” which was initially slated to star Downey. The two have long wanted to work together and “Pinocchio” will mark their first collaboration.

However, “Pinocchio” appears to be uncharted territory for Anderson, who doesn’t tackle a lot of open writing assignments. He’s a brilliant writer who will no doubt deliver an interesting take on the classic children’s tale, but it remains to be seen if he’ll actually step behind the camera for this one.

After all, the similarly gifted Sofia Coppola recently exited Universal’s live-action “Little Mermaid” movie after more than a year of development due to creative differences. It speaks to the fact that visionary filmmakers such as Anderson often deliver their best work when they don’t have to appease a studio that has $100 million or so on the line.

Then again, “Pinocchio” may be just the kind of new challenge that will help Anderson snap out of his creative funk in the wake of “Inherent Vice” and “The Master,” neither of which were as well-received as his earlier films, though “The Master” earned three acting nominations and “Vice” scored a nod for Best Adapted Screenplay.

Anderson will rewrite a draft by Michael Mitnick (“The Giver”) with Downey pegged to play Geppetto, the creator of Pinocchio, a wooden puppet who yearns to become a real boy.

Team Downey will produce “Pinocchio” alongside Dan Jinks. Warner Bros. executives Jon Berg, Chantal Nong and Cate Adams will oversee the project, which is an original take from Robert Downey Jr. based on the classic 1883 children’s book “The Adventures of Pinocchio” by Carlo Collodi.

Anderson has not announced his next directorial effort but he is rumored to be considering an original horror movie.