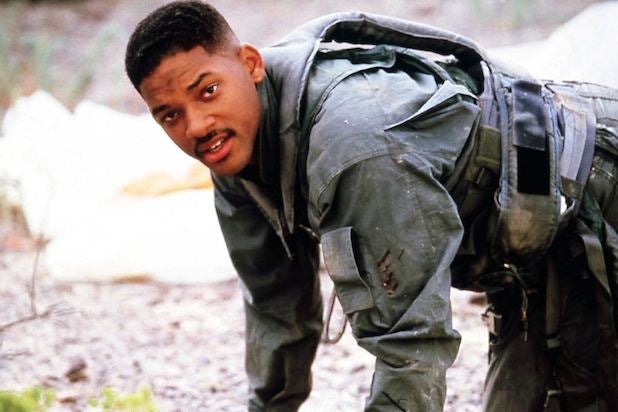 Will Smith will not return for the “Independence Day” sequel that 20th Century Fox will release in 2016, an individual familiar with the project has told TheWrap.

A representative for Smith did not immediately respond to TheWrap’s request for comment.

“Independence Day” helped put Smith on the map as an A-list movie star, though Smith has been reluctant to reprise his role as fighter pilot Capt. Steven Hiller.

Director Roland Emmerich and producer Dean Devlin have been gearing up to start casting the sequel, for which screenwriter James Vanderbilt penned two distinctly different drafts. One featured Smith’s character as the protagonist, while Plan B focuses on other characters.

Emmerich has been meeting with Hollywood’s hottest young actors including “Fruitvale Station” star Michael B. Jordan, who is high on the studio’s list. Fox execs have thrown Jordan’s name around in several creative meetings — and Jordan is interested in taking on the lead in a blockbuster sci-fi franchise, depending on where it might fit into his increasingly busy schedule.

Also Read: Will Smith, U2 Will Be First Jimmy Fallon ‘Tonight Show’ Guests

Should Fox make an offer, the studio would effectively be doubling down on Jordan’s star potential, as the actor is poised to play the Human Torch in its “Fantastic Four” reboot, as TheWrap first reported.

While Smith and rising star Jordan would’ve made a nice pairing, 20th Century Fox surely has a contingency plan in place, as “Independence Day” has significant brand recognition and the kids who grew up worshipping the movie are now the demographic driving ticket sales at the box office.