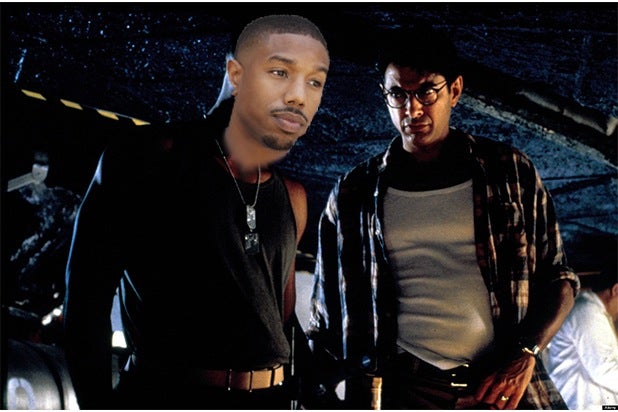 Jordan has not yet received an offer, nor does one seem imminent. 20th Century Fox and Emmerich had no comment, with official casting news expected closer to the holidays.

Emmerich has met with several up-and-coming young actors, including Jordan, who is high on the studio’s list. Fox execs like Jordan for the part — his name has been thrown around repeatedly in creative meetings — and Jordan is interested, multiple individuals with knowledge of the star’s thinking have told TheWrap.

Should Fox make an offer, the studio would effectively be doubling down on Jordan’s star potential, as the actor is poised to play the Human Torch in its “Fantastic Four” reboot, as TheWrap first reported.

It’s unclear whether Will Smith will return for the sequel, or what part Jordan is being eyed for. A representative for Smith told TheWrap that the actor’s status regarding the “Independence Day” sequel remains unchanged — meaning he’s not officially involved at this time.

Smith could be paired with Jordan or “pass the torch” to the rising star, who would then take over the franchise should Fox move forward with additional installments. After all, the sequel is known as “ID Forever Part I.”

Emmerich recently sat down with screenwriter James Vanderbilt (“The Amazing Spider-Man”) and producers Dean Devlin and Harald Kloser to discuss the sequel, which is scheduled to blow up theaters on July 3, 2015, though recent reports suggest it could be delayed to 2016. Jeff Goldblum and Bill Pullman are expected to reprise their roles.

Fox executives believe Jordan is a budding movie star with mainstream appeal. Not only did he star in the studio’s sleeper hit “Chronicle” but he has cultivated a diverse fan base thanks to his turns on “The Wire,” “Friday Night Lights” and “Parenthood.”

Jordan has bided his time since earning rave reviews for Ryan Coogler’s award-winning Sundance film “Fruitvale Station,” which have helped establish him as a serious contender in the Oscar race. The only project he has signed on to is MGM’s “Creed,” in which he would play the grandson of Rocky Balboa friend/foe Apollo Creed.

In an interview with Vulture last month, Jordan explained that his career strategy is to “make smart choices and do movies that appeal to everybody and playing characters that aren’t written for the black guy.” He went on to admit that “I want to play that action hero, that guy that saves the day.”

And there’s no bigger day to save than Independence Day.

Jordan, who next stars in FilmDistrict’s romantic comedy “That Awkward Moment,” is repped by WME, the Schiff Co. and attorney Gregory Slewett.