Spoilers for the ending of “Red Notice” follow below.

With any movie Dwayne Johnson makes, there’s usually the possibility of a sequel. But when it comes to “Red Notice,” his Netflix film in which he co-stars opposite Ryan Reynolds and Gal Gadot, the film’s ending offers a cliffhanger that strongly suggests there will be a “Red Notice 2.”

The setup of “Red Notice” finds Johnson’s FBI profiler John Hartley reluctantly teaming up with a thief named Nolan Booth, played by Reynolds, to beat fellow thief Sarah Black, aka The Bishop (played by Gadot), in a hunt for three ancient artifacts (the third of which is in a location only known by Reynolds). But at the end of “Red Notice,” it’s revealed that John Hartley isn’t actually an FBI profiler at all – he’s been working with Black this whole time, and together they have both been working as The Bishop. Hartley has been using Booth to find the location of Cleopatra’s third egg.

But Hartley also struck up a friendly relationship with Booth during their misadventures, so after parting ways, the film ends with Booth seeking out Hartley and Black to pitch them on teaming up as a trio for another job. The film then cuts to the three characters walking straight towards The Louvre in Paris before the credits roll.

So as “Red Notice” ends with these three characters now working together, will there be a “Red Notice 2”? Producer Hiram Garcia told TheWrap in an interview that writer/director Rawson Marshall Thurber has already pitched an idea for a follow-up.

“Rawson pitched us the other day a vision that he has for something going forward,” Garcia said. “We all had a good time with it. We’re all circling on it now, but ultimately, franchises are always a great idea, but we always like to start with the fans, so it’s our job to be prepared to be ready to go. If the fans deem it worthy and love it like we hope they will, then we will be ready to go.”

But when asked if Netflix has expressed interest in a sequel given the pure star-power of this potential franchise, Garcia revealed the streaming service is “definitely ready to go,” adding, “There’s no doubt about that. They’ve said, ‘Just let us know, guys. We’re ready!’”

Netflix did not immediately respond to TheWrap’s request for comment, and no sequel has been officially announced. But as Garcia suggests, watch this space once viewership numbers start to come in. Given the talent involved, it’s not hard to imagine “Red Notice” becoming one of Netflix’s biggest original films.

Of course, one issue is the incredibly busy schedules of the three main stars, each leading their own superhero franchise (Reynolds has “Deadpool 3” in the works, Gadot is set to star in “Wonder Woman 3” and Johnson launches “Black Adam” next summer alongside the variety of other franchises Johnson is already involved in). But threading that needle isn’t impossible.

Also left for possible exploration in a follow-up: the fate of Chris Diamantopoulos’ villainous Sotto Voce. He told TheWrap that they filmed an additional scene where he was being arrested and carted off, but in the movie he is seen underneath a colosseum, where he fires a very large gun at our heroes, never to be seen again. “They didn’t put it in, so I feel like it’s who knows, right?” Diamantopoulos said. As to whether or not he’d be game for “Redder Notice,” he said he’s all in: “All [Thurber] needs to say is where and when, and I’ll be there.” 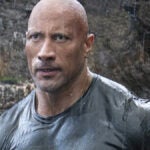