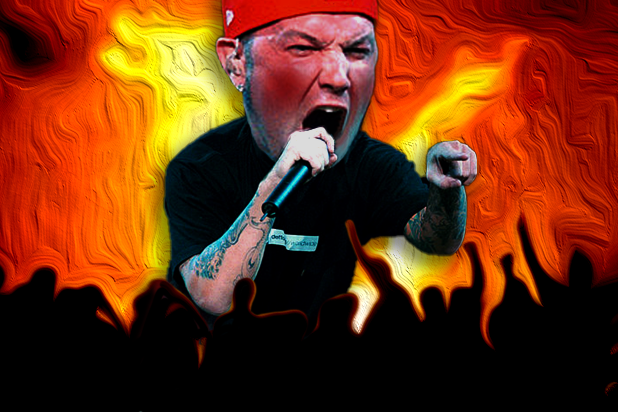 As we mark the 20th anniversary of the disastrous Woodstock ’99, please join us for a look back to six months ago, when we talked on the “Shoot This Now” podcast about how the disastrous festival could be the basis for a movie about misplaced rage. You can listen on your favorite podcast app below, or right here:

It’s the subject of our latest “Shoot This Now” podcast, which you can listen to on Apple or right here:

Why now? Not just because of the dueling Fyre Fest documentaries that came out in January, or the Ringer podcast, “Break Things,” that came out a few months after ours. Or because the events of Woodstock ’99 hang over the struggle to organize a Woodstock 50th anniversary festival this year.

Also Read: The Anti-'Citizen Kane': How Art Beal Built Nitt Witt Ridge, a House Made of Trash in the Shadow of Hearst Castle

No: The reason we need a Woodstock ’99 movie is because the festival — with its fires and sexual assaults — eerily predated the scattershot anger and entitlement that fuel our politics today.

Limp Bizkit singer Fred Durst is one of the key figures in the drama: For years afterwards, he would be accused of encouraging concertgoers to break things during the Limp Bizkit song called, you guessed it, “Break Things.” Durst has said he wanted to spread a positive message, not a destructive one.

The property damage was the least of the problems at Woodstock ’99. As Rolling Stone detailed, women were forced into taking their clothes off and worse. The Washington Post wrote a horrific account of the multiple sexual assault accusations.

Because many of the attacks took place in the violent anonymity of a mosh pit, no one has been brought to justice.

Also Read: The Story of Public Enemy, 'Fight the Power,' and 'Do the Right Thing,' 30 Years Later (Podcast)

The disaster was punctuated by a Red Hot Chili Peppers performance that was supposed to include a soaring Jimi Hendrix tribute and a moving candlelit vigil during their song “Under the Bridge.” But it devolved into massive fires.

By the end of the festival, ATMs had been toppled, vendors robbed, and countless people found themselves covered in latrine runoff.

Our podcast about Woodstock ’99 isn’t as relentlessly dark as it sounds: We also talk about our love of MTV’s Kurt Loder, offer a careful analysis of Limp Bizkit’s biggest hit, “Nookie,” and try to understand Fred Durst a little better through the stories he reads on Flipboard.

Some of the things we discuss on the podcast, and when they appear,

2:15: Was the Fyre Festival a millennial event? Was Woodstock ’99 a Generation X event?

6:09: How a Woodstock ’99 movie would be the dark opposite of “Bohemian Rhapsody.”

31:30: Let’s learn about Fred Durst through his Flipboard account

35:02: Who should play Fred Durst and Kurt Loder

Listen on your favorite podcasting app: