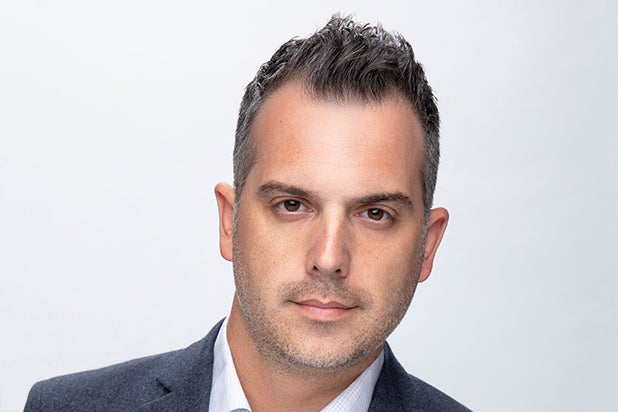 Piper, who most recently served at Fox as vice president of alternative entertainment, steps in for former unscripted boss Ben Relles, who moved to a role overseeing interactive content last week.

He will lead all efforts in conjunction with top creators to develop and produce unscripted programming, as well as having oversight of all live entertainment events. His focus will also include music projects and celebrity partnerships.

“Alex Piper is a seasoned award winning reality programming executive with amazing taste and strong relationships who is incredibly well respected in the industry,” said Susanne Daniels, global head of original content for YouTube. “We are thrilled to have him join Youtube and bring his expertise to our diverse programming slate.”

Piper’s previous roles include senior vice president at Asylum Entertainment, where he helped develop, launch and oversee Asylum’s unscripted slate; supervising producer on the Peabody Award-winning medical docu-series “Hopkins” for ABC; and producer for NBC Sports and NBC Olympics, for which he received six Emmys for Olympic and other sports events coverage.

Reaching out with some exciting news to share: Alex Piper is joining YouTube Originals today as our head of unscripted (North & South America). He is a well-respected, seasoned reality programming executive with amazing taste and strong industry relationships. He joins us from Fox where he most recently served as Vice President of Alternative Entertainment where he led development for a myriad of special events and series including “So You Think You Can Dance,” “Hells Kitchen,” “Cosmos,” “The Four,” “Teen Choice Awards,” and “The 67th Emmy Awards.” He joins my senior team which includes Jon Wax, our head of scripted programming; Nadine Zylstra, who leads our unscripted edu-tainment vertical; Ben Relles, our head of innovation; Kim Rach, our head of production; Danny Zaccagnino, our head of talent; Bryan Yee, our head of strategy; Derek Reynolds, our head of BA; and our head of brand partnerships Marc Weinhouse.

Alex is arriving at the perfect time as we are gearing up to build and announce a new slate of series and specials centered on music, edu-tainment, creators and some amazing lighthouse series that will reach a global audience via our new dual distribution strategy.

This year is off to a terrific start: “What the Fit,” “Wayne,” “Weird City,” “Step Up,” “BookTube,” “Band Together,” “If I Could Tell You Just One Thing,” and “The Boy Band Con: The Lou Pearlman Story” launched to great numbers and critical acclaim. Production is nicely underway on new seasons of “Impulse,” “Liza on Demand,” and “Escape the Night,” as well as dozens of new projects and specials, several of which we will announce in a few weeks at Brandcast. If you wander to the back of the hanger, you’ll see construction is well underway for our soundstages. And of course, we are only a few weeks away from the highly anticipated return of “Cobra Kai.”

Please take a moment today to welcome Alex (who sits in the office next to mine) and please know that your hard work and boundless creativity are coming together and making a positive impact on YouTube!