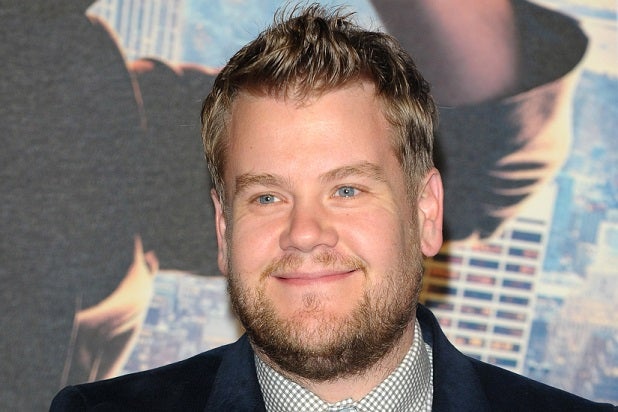 While it’s no surprise to readers of TheWrap — which broke the news exclusively in early August — British actor James Corden has officially been tapped to replace Craig Ferguson as host of CBS’s “The Late Late Show,” the network confirmed Monday.

Corden, 36, is currently starring in “Begin Again” opposite Keira Knightley and Mark Ruffalo, and shares screen time with Meryl Streep, Johnny Depp and Emily Blunt in Disney musical “Into the Woods,” scheduled for a December release.

“I can’t describe how thrilled and honored I am to be taking over from the brilliant Craig Ferguson,” Corden said. “To be asked to host such a prestigious show on America’s #1 network is hugely exciting. I can’t wait to get started, and will do my very best to make a show America will enjoy.”

Ferguson, who appears following “The Late Show With David Letterman,” announced his plans to retire from his show earlier this year, shortly after Letterman had done the same. “The Colbert Report” host Stephen Colbert was tapped to replace Letterman, who is expected to retire next year.

Ferguson, who will bow out in December, has recently been in negotiations to host a syndicated show for Tribune Media.

Corden won a Tony Award for Best Leading Actor in a Play for his starring role in the Broadway play “One Man, Two Guvnors.”

Also read: Who Is James Corden? Watch His Most Memorable Roles So Far (Video)

“James Corden is a rare entertainment force who combines irresistible charm, warmth and originality with a diverse range of creative instincts and performance talent,” said Nina Tassler, Chairman, CBS Entertainment. “He is the ultimate multi-hyphenate – a writer, creator and performer who is loved and respected in every medium he touches, including theater, comedy, music, film and television. James is already a big star in the UK and he’s wowed American audiences on Broadway; we’re very excited to introduce his considerable and very unique talents to our network television audience on a daily basis.”