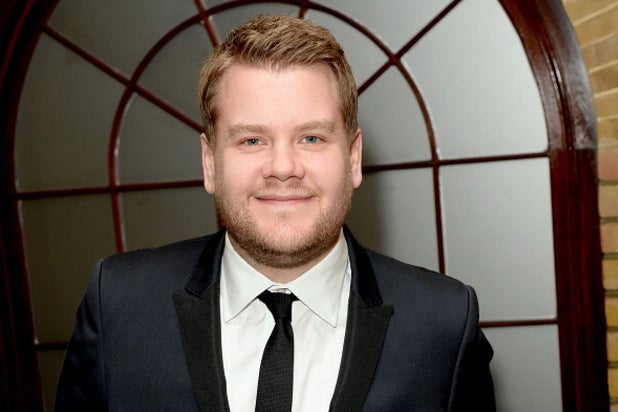 When TheWrap broke the news Tuesday that James Corden would replace Craig Ferguson as the host of CBS’ “The Late Late Show,” the first thing out of most people’s mouths was probably, “Who?”

It’s an understandable reaction, since the British personality is still relatively unknown in the States. But in the U.K. and on social media, Corden is a pretty big deal.

For those caught off guard by our report, here are seven things you should know about James Corden:

1. He’s huge in the U.K.
Before crossing over to become a Broadway star and Tony winner, Corden had already made a name for himself in his native England, where he has been a well-known actor since co-creating, co-writing and starring in the BBC sitcom “Gavin & Stacey” in 2007. The show ran until 2010 and landed Corden the BAFTA Television Award for Best Comedy Performance. He’s also guest starred on “Doctor Who” and hosted the BRIT Awards — the UK’s answer to the Grammys — three times.

2. He’s a triple threat, and then some — and he has the awards to prove it
Corden is a stage, television and film actor, comedian, writer, producer and presenter. He can sing, dance, tell jokes and do musicals. In addition to the BAFTA award for “Gavin & Stacey,” Corden won the Tony Award for Best Leading Actor in a Play for his role in “One Man, Two Guvnors” in 2012. He beat out Philip Seymour Hoffman, James Earl Jones, Frank Langella and John Lithgow for it.

3. He has a budding film career in the US
Corden played Keira Knightley‘s BFF and a fellow starving musician in John Carney’s “Begin Again,” which came out this summer, and he also stars as opera singer Paul Potts in the biopic “One Chance.” It premiered at the Toronto International Film Festival last fall and will be released this year.

4. His big acting break is yet to come
Corden’s biggest introduction to American moviegoing audiences is still several months away, but Rob Marshall must have seen his star quality when he cast Corden as the Baker in Disney’s Christmas release, “Into the Woods.” In a cast that also includes Meryl Streep, Johnny Depp, Anna Kendrick and Emily Blunt, Corden was definitely the least recognizable actor … but maybe not anymore.

5. He has a big online following
For someone who’s still pretty much unknown in the US, outside most Broadway circles, Corden has racked up 4.35 million Twitter followers. And he hasn’t even tweeted since May.

6. He’s overcome some negative press
After “Gavin & Stacey” launched him to stardom in the U.K., Corden developed a bit of a bad reputation with the British press, who also didn’t care for “Horne & Corden,” his sketch comedy show. “One minute, he’s the toast of the town, the new king of comedy … the next, he’s ‘that fat git with a laugh like a neutered howler monkey,'” The Guardian stated in 2009. But by 2011, he was starring in “One Man, Two Guvnors” on the West End and his luck had changed for the better.

7. He shares plenty of “History” with Dominic Cooper
The new “Late Late Show” host may not have been as well known as the “Captain America” star before now, but Corden and Cooper are close and co-starred in 2006’s “The History Boys” together, which served as a launching pad for both of their rising careers. The two went on to be roommates, and Cooper also introduced Corden to his future wife.