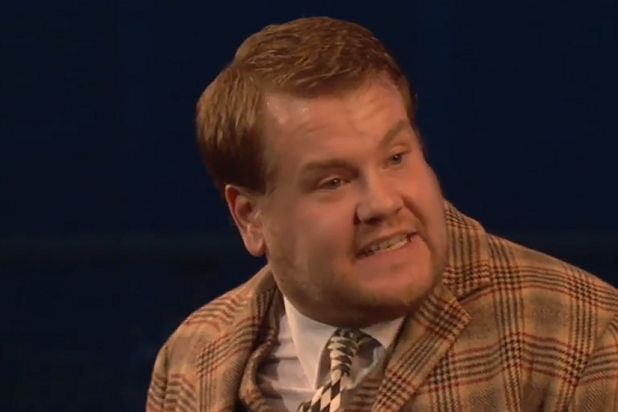 You might not know who James Corden is at the moment, but you’ll be familiar with him soon.

As TheWrap reported on Tuesday, British actor Corden has been tapped as the new host for CBS’ “The Late Late Show,” replacing Craig Ferguson, who is exiting the program this year.

In addition to the upcoming “Late Late Show” gig, Corden will star in Disney’s “Into the Woods,” based on the Stephen Sondheim musical.

Theatergoers will probably already be familiar with Corden from his starring role in the play “One Man, Two Guvnors,” an adaptation of “Servant of Two Masters.” In the play, which earned Corden a Tony Award in the Best Actor in a Play category, he played Francis Henshall, an easily confused man who’s hired separately by a local gangster and an upper-class criminal, leading to chaos.

During his acceptance speech at the Tony Awards in 2012, Corden praised his competitors in the category — including Philip Seymour Hoffman, who Corden categorized as “my favorite actor in the world” — and called “One Man, Two Guvnors” a “ridiculously silly play.”

Watch a snippet of Corden’s hyper-physical performance on PBS’ “Great Performance” and his Tonys acceptance speech below.