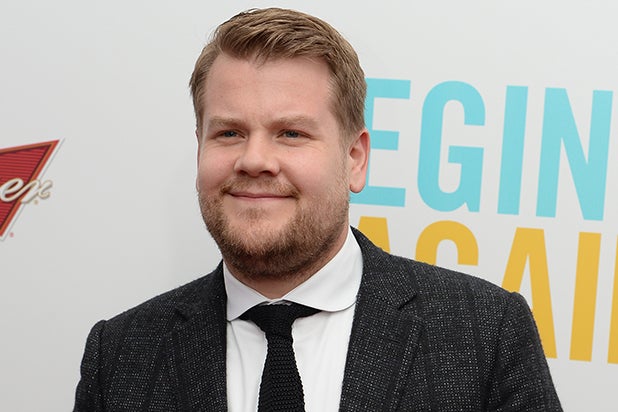 A year ago, when NBC needed a new 12:30 late night host, they stayed within the network, replacing Jimmy Fallon with well-known “SNL” veteran Seth Meyers.

Unless you’re British, an Anglophile who watches a lot of BBC, or a Broadway nerd, you’re probably not all that familiar with the 35-year-old English actor. There will be a million thought-pieces about whether Corden was the right choice — he is a straight, white male, after all — but his talent and experience cannot be denied… even if you’ve never heard of him.

He plays the baker in the upcoming Disney film “Into the Woods” and is in the upcoming U.S. release of the reality show-inspired “One Chance” directed by David Frankel, but there’s a lot more to know about the actor. Here then is a guide to some of Corden’s most memorable parts thus far, so you can feel knowledgeable when you debate his hiring on Twitter.

After originating the role of Francis Henshall on London’s West End, Corden brought the part of the daffy accidental criminal to Broadway — and was rewarded with a Best Actor Tony for his efforts. It’s one of the best showcases of his singing voice, as well as his in-person charm.

This is a TV series about a couple who met over the phone through work, falling in love with each others’ voices and personalities before finally meeting in person and realizing they were both very good looking. Corden played Gavin’s best friend, a witty slob named Smithy. His relationship with Nessa, Stacey’s friend, was often the highlight of the show, which actually won awards despite having a loving relationship at the center! Corden received a BAFTA for the part in 2008.

On the same show he also abused the British national football team while in character… for a charity gag, of course:

Corden only appeared in two episodes of the sci-fi classic, but we’d be remiss (and abused in the comments) not to mention them. He became roommates with the Doctor, as played by Matt Smith, and got involved in his life, including playing on his soccer team and accidentally shooing away the woman he loves.

Corden earned his second BAFTA nomination for this sitcom, a six-episode series about two office workers that get dragged into a wild adventure with kidnapping and murder driving the comedy.